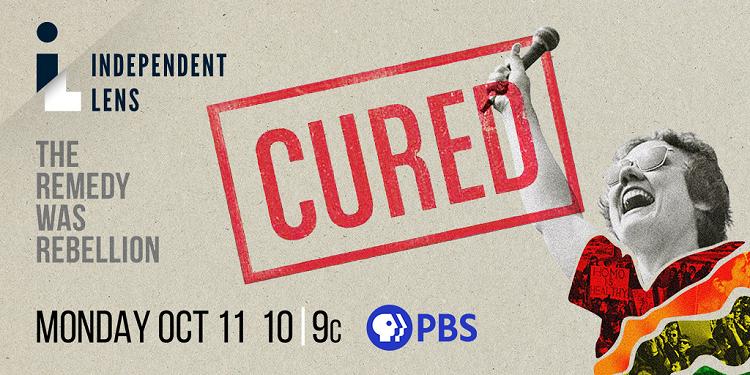 Coming out has never been an easy feat. Identifying to the LGBTQ+ community can provoke ignorance as well a loss of job opportunities, marriage equality, and health rights. As much of a struggle as it is today for many, great strides have been made to ensure that pride isn’t just an annual celebration in June – but a generational one that continues to unfold and grow stronger.
In the award winning documentary Cured, directors Patrick Sammon and Bennett Singer shine a light on the campaign that lessened the stigma of being gay, lesbian, bisexual, etc. In the first edition of “Diagnostic and Statistical Manual of Mental Disorders,” the American Psychiatric Association listed homosexuality under mental illnesses – more specifically, sexual deviation.

Using their standard of what was ‘morally acceptable,’ it led the church to deem homosexuality a sin, a crime by the government, and as a neurotic disease by psychiatrists. With these motions in play, millions of individuals struggled with the shame of being found out, forced into inhuman cures and conversion ‘therapies’, and overall treated as second class citizens.

Nothing makes you sick like believing you are sick. - Ron Gold

Until activists and psychiatrists started to fight back. With archival photos and footage, the directors thread the line of multiple organizations rallying to remove homosexuality as a mental illness from its directive. Interviews with activists who experienced these events firsthand – Charles Silverstein, Rep Magora Kennedy, Barbara Gittings and her partner Kay Lahausen, Frank Kameny – further show the lengths of frustration, passion, and purpose to transform the ‘status quo.’ Their efforts as well as the influence of Dr. Kinsey and Evelyn Hooker's research to ratify liberation with demonstrations and shifting the public narrative of mental health with allies became a campaign to reform the APA. As more waves of freedom-forward activism for civil rights, women's rights, and against the Vietnam gained ground, and two decades of advocacy work around the United States, the APA made a landmark decision to finally remove homosexuality as a mental illness from its directive in 1973.
Cured delves into the voices who vied to be heard, as well as the surprising duality of psychiatrists using “scientific” diagnosis to provoke and solidify false claims of mental illness. The documentary takes its time to cover as much ground as possible in a chronological effort, weaving in the wide range of activists who were all charging towards the same cause. However, it can’t help at times to feel that the topic could be further explored at length in a docu-series. Still, the film curates a range of a powerful account from several leaders before they passed away and for those who are still fighting to be heard. Even though the community still faces challenges, the activists’ revolution remains an inspiring catalyst to create a more compassionate and accepting world.

If you want to call attention to an issue and you want to make a change, take it to the streets. - Rep. Magora Kennedy

In honor of National Coming Out Day on October 11th 2021, Cured will open PBS' Independent Lens series for the upcoming fall season on Monday night at 10:00 pm. This review was provided via a screener.
★★1/2☆
at October 11, 2021