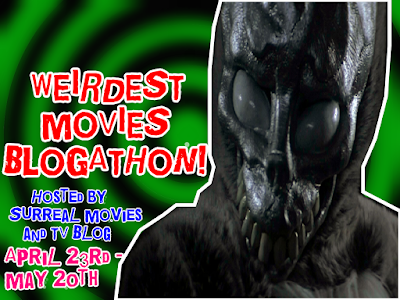 Ronyell at The Surreal Movies and TV blog is hosting The Weirdest Movies Blogathon this May.

The rules are to list up to 5 to 10 of the weirdest movies you've ever seen. They don't have to be our favorite movies or ones we even like - just films that we thought are weird. The blogathon runs into May 20th. If you want to join in, feel free to check the official post here.

I don't watch a lot of weird movies - it's not a genre that I typically reach for. Granted these picks aren't probably odd for everyone or the weirdest ones ever, but they were out there enough for me. 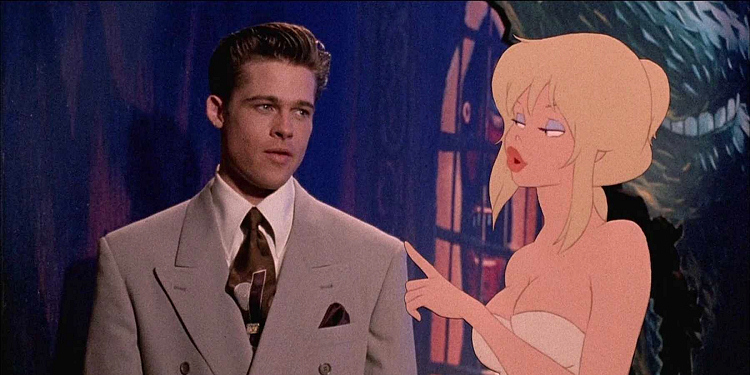 After a bizarre incident, Frank Harris (Brad Pitt) is transported into the cartoon realm of Cool World, where he remains the only human among various animated characters for years. Eventually, artist Jack Deebs (Gabriel Byrne) also enters Cool World and sets his lustful sights on his own creation, a blond bombshell named Holli Would (Kim Basinger). However, excessive intermingling between cartoons and humans is said to lead to dire consequences, a risk Jack seems ready to take.
Ever re-watch some movies your parents let you watch growing up and wondering why in the world they let that happen? Cool World is definitely one of those movies for me. For years, this movie gradually popped into my head making me wonder if I ever liked it or wouldn't enjoy it now. My sister and I tried to give this another go recently, and no. The combination of the live action with the cartoons is extremely claustrophobic to the point of being nightmarish. It wasn't long before I made us switch to something else. 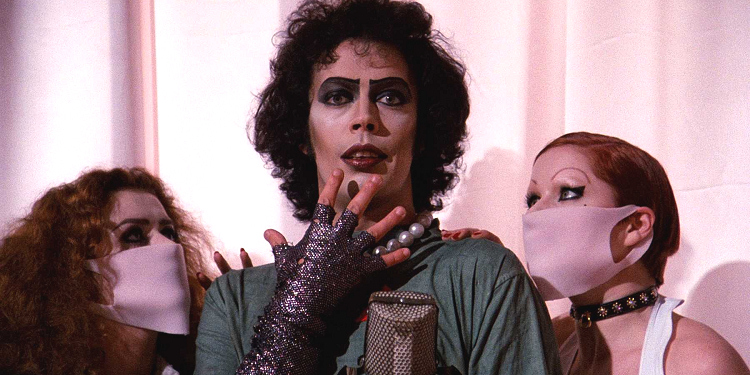 Sweethearts Brad (Barry Bostwick) and Janet (Susan Sarandon), stuck with a flat tire during a storm, discover the eerie mansion of Dr. Frank-N-Furter (Tim Curry), a transvestite scientist. As their innocence is lost, Brad and Janet meet a houseful of wild characters, including a rocking biker (Meat Loaf) and a creepy butler (Richard O'Brien). Through elaborate dances and rock songs, Frank-N-Furter unveils his latest creation: a muscular man named "Rocky."

As a teenager, I really loved this movie and never gave any of the story a second glance. The music and performances (especially Tim Curry) are still fun to watch. And, I'd love to go to a shadowcast sometime in the future - if they ever happen again. But after a few years, it's still hard to know what the heck is going on. The plot gets high halfway through and just leaves me completely confused. 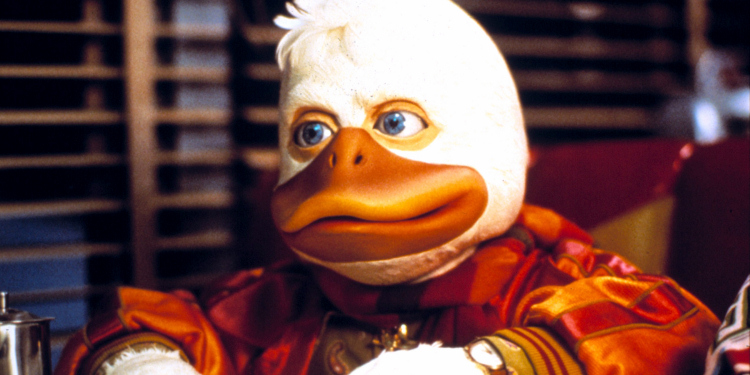 Howard the Duck is suddenly beamed from Duckworld, a planet of intelligent ducks with arms and legs, to Earth, where he lands in Cleveland. There he saves rocker Beverly (Lea Thompson) from thugs and forms a friendship with her. She introduces him to Phil (Tim Robbins), who works at a lab with scientist Dr. Jenning (Jeffrey Jones). When the doctor attempts to return Howard to his world, Jenning instead transfers an evil spirit into his own body.

I cheated with this pick - I've only see bits and pieces. And those slices of scenes are enough for me to declare this as weird. Whoever thought any of the decisions that led this to being made should be in a cinema prison forever. 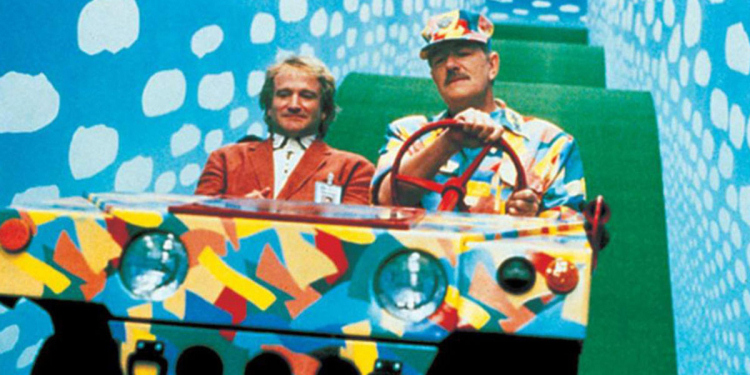 A hi-tech toy factory falls into the hands of an army general who turns the models into killing machines. The deceased owner's children know what's afoot and, although apparently powerless, have to find a way of bringing down the nightmarish empire that is being constructed under their noses.

My mom watched this movie whenever she could rent it from the library or a video store growing up. She let me watch Cool World growing up, so I probably shouldn't trust her taste in movies. The production and costume designs want to be cute, bold, and friendly for kids to enjoy, but honestly, the whole movie is just the stuff of nightmares for children and probably adults too. 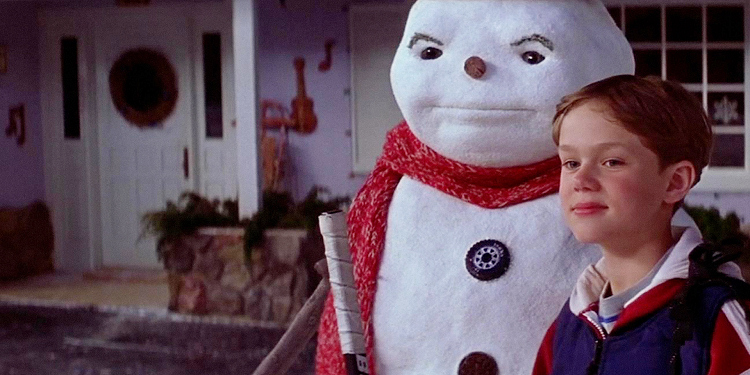 As a touring musician clinging to dreams of stardom, aging rocker Jack Frost (Michael Keaton) never had much time for his wife, Gabby (Kelly Preston), and young son, Charlie (Joseph Cross). A year after Jack's tragic death in a car accident on Christmas Day, Charlie plays a mournful tune on his father's harmonica. Much to his surprise, the elder Frost is magically brought to life as a snowman, letting Charlie and Jack struggle to make up for lost time.

This is the only movie on the list that I actually enjoy. That said, the puppet / CGI / animation used to bring Jack back to life is kinda creepy. There are some scenes where he comes across as truly  wholesome. And then other scenes that creep me out. I'm not sure this would've worked the same way without Michael Keaton voice-over. But it's not the worst or weirdest Jack Frost film out there.