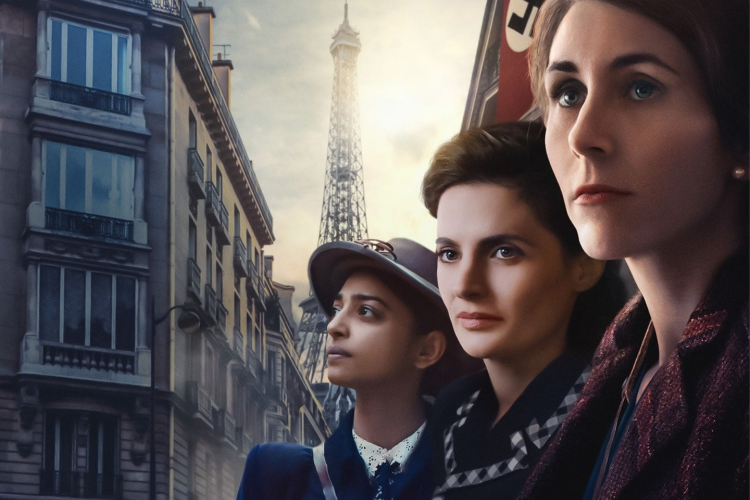 
Learning about these real-life heroines off-screen undoubtedly prompts ideas for a biopic series as their lives of service are rich with detail and perseverance. Yet in an ambitious move, A Call To Spy combines them. For the most part, this vision works well for the film to define a balance as a character-based biopic with espionage elements.

In the beginning, the women establish their connections, helping the audience to dip our toes into how their training will be put to the test in the field. While the story progresses and the women start their own missions, however, the film begins to belong to Virginia Hall more than her counterparts. Her growing network of connections invites the most thrills as she faces double-agents and the occasional  run-ins with Nazis. Though Atkins helms their operations at the SOE’s headquarters, she dutifully acts as a bridge to those serving abroad and showing that even operatives at home were targets in Hitler’s siege. Both of their parts steadily influence each other, while Khan falls into the background too much. As a wireless connector always on the move in enemy territory and relies on the kindness of strangers to keep her safe, her efforts are just as compelling as the others but isn’t as involved in the main fold as much as it could’ve been. To keep the plot moving forward, the film splices their journeys together, and for the most part, quite smoothly.
With three women at the center of the film, it's safe to say that it goes into the ensemble route. Most of the film relies relatively on facts or a close version of facts to explore their lives rather than over-dramatizing their missions too much. This allows the film to maintain its portrayal of the characters as closely as possible and lets the suspense linger in the form of Hitler's regime looming over France. While we see how their failures and achievements, the film is primarily straightforward with its drama instead of gripping you with twists and turns.
Since the film - written by Sarah Megan Thomas - focuses on these inspiring women, the script ensures the characters are given their due. More than the war that they are facing, or discrimination as women in a man’s world, they each have their own hindrances that push them to join the front lines and change the world. The talented cast helps tie the film’s conflicts together with enigmatic performances – Katic grounds Atkins with an impressive mix of authority and vulnerability, Thomas spearheads Hall’s tenacity and perseverance, and Apte shines with heart to delight audiences who haven’t seen her work before. The film doesn’t merely champion how these civilians rose to the call for the country, or paint them in broad strokes of what it takes to be a gritty hero, and instead aims to share their legacies with compassion and honesty.
As long-time producer and fresh director, Lydia Dean Pilcher is generating a voice in film that doesn’t prioritizes on style over substance. This method suits the biopic side of the film the best. Her steady eye for straight-forward storytelling works well here. With Thomas’s script and the cast, the drama pays off with its subtle hints of intrigue. Similar to the women this genre continues to celebrate, A Call to Spy will undoubtedly open doors for more female filmmakers to shine a light on fresh heroes.
Rating: ★★☆
Please Note: I was provided with a screener and provide an honest review. A Call To Spy is available on Cable VOD and digital streaming starting today.
at October 01, 2020