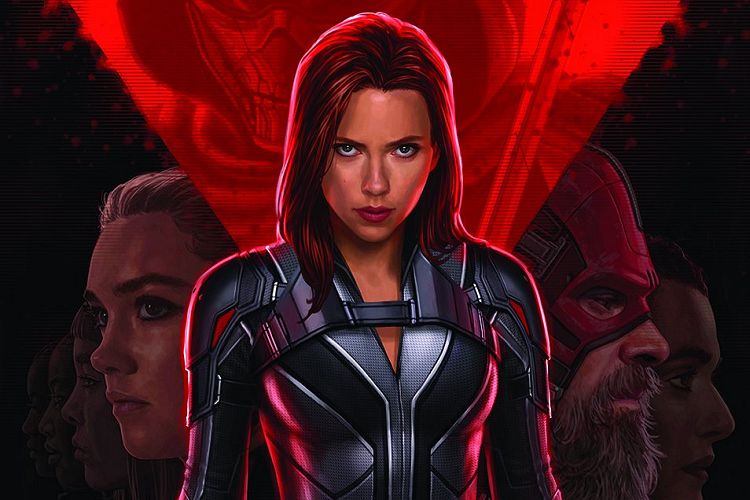 After helping The Avengers lead their missions from one global catastrophe to another, the former Russian spy Natasha Romanoff finally has her own spin-off. As the first solo female-led flick from the Marvel Cinematic Universe, the dots are starting to connect about Black Widow's past.

Ten years in the making, the first look at Black Widow (2020) with a brand new trailer might just answer some long-anticipated questions about the mysterious superhero.

This post contains spoilers from Avengers: Endgame. Read at your own risk. Let's get into the newest trailer.

For almost twenty-two movies, Natasha's history remained heavily in the shadows. She emerged undercover in Iron Man 2 as a member of SHIELD before joining the rest of the Avengers - Iron Man, Thor, Hulk, and Captain America - to take on Loki in New York City. Their defeat of the Asgardian son cemented the group to shoulder threats at home and throughout the galaxy. But we struggled to learn more about the former KGB agent.

Now, some of the puzzle pieces are falling into place. After letting Steve Rogers leave with Bucky Barnes and escape imprisonment from the U.N., Natasha is on the run following The Accords. Called back to Budapest and her home country of Russia, Natasha acquires the help of a fellow agent Yelena Belova (Florence Pugh) to defeat a whole new threat.

Black Widow is directed by Cate Shortland and written by Jac Schaeffer and Ned Benson.

When is the film set?

Given that Avengers: Endgame featured the unwarranted death of Black Widow, where the film is set is almost as important as when.

Taking us back to her earliest days apart of SHIELD, the trailer starts off Natasha on the run. She's run through all of her covers, but she's not going to get a new one - Nat has to return to where it all began. The trailer transitions between timelines set before and after The Avengers. Most of the film will be set before Captain America: Civil War and Infinity War, but whatever mission she failed to execute by a younger Thadeus Ross possibly comes back to haunt her circa 2017-18.

Given that The Avengers were shattered for two years after division over The Accords, there's plenty of room for Natasha to have an 'adventure' of her own. Just because Widow's solo flick is technically a prequel, doesn't mean there won't be easter eggs to fit in with the first phase of the MCU and beyond.

In the comics, Yelena was once trained in the same Red Room that created Natasha. After becoming a stealthy agent in her own right, Yelena assumes the mantle of Black Widow after killing the assassin of her trainer. Even though Natasha is still alive and kicking ass, their independent missions intersect and Natasha helps Yelena let go of her espionage ways. Eventually, she is lured back in by S.H.I.E.L.D., only to be genetically altered by HYDRA, used for various missions, and then truly takes on the Black Widow role after Natasha is killed by Captain America's HYDRA doppelganger. She goes on to assassinate the world's most corrupted government officials. The movie version looks to establish Yelena and Nat as "sister" agents, the former who joins Nat on her new mission.

Updated: Florence confirmed that Nat is not passing the torch of the Black Widow name to Yelena. Previous theory suggested that Yelena might take over the role in another way for the next MCU phase.

Melina's last name for the film has yet to be officially revealed, however, many sites are assuming Rachel Weisz's role will be Melina Vostokoff from the comics. Also known as the Iron Maiden, she was apart of a group of assassins who failed to kill Black Widow. She went on to become a member of the Femizons, who plot to sterilize the world and create a nation of all women. While the movie will probably not take on the Femizons angle, Melina is also lists as another Black Widow who might have a vendetta to resolve.

Of the trio, Natasha has the most history with Alexei in the comics. Set in the 1940s to 1950s, the duo were married and trained to become KGB agents. Alexei became one of the Soviet's best pilots, but left his wife out of the loop when he started training to become the country's answer to Captain America. After faking his death and leaving Natasha to defect to the U.S., Alexei became The Red Guardian, a master of hand-to-hand combat and a supersoldier in his own right. While it looks like the movie version of their relationship likely ignores the marriage aspect of their relationship, it's possible they will face-off against each other or join sides in some capacity. 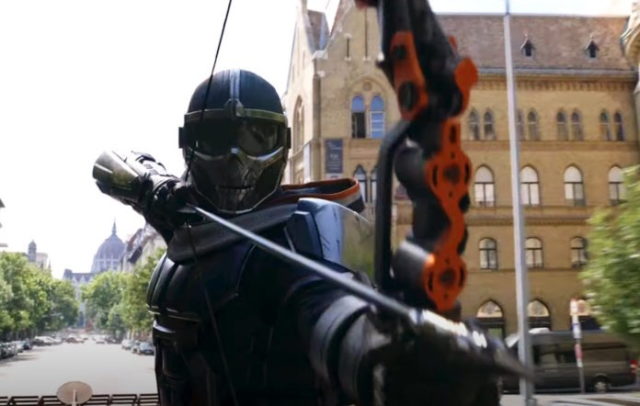 The legacy of the Taskmaster in the Marvel comics is winding arc that weaves in and out of multiple editions. He's faced everyone from Ant-Man and Spider-Man to Captain America and Daredevil. However, his history with Black Widow is not as storied as one might expect to be the main antagonist in her film. They crossed paths in a crossover between Justice League and Marvel where Black Panther, Black Widow, Batman, and The Huntress fought various villains. But that's about it.

He's known mostly as a super-villain, but sometimes an anti-hero and hired mercenary. His abilities are numerous including the ability to mimic other people, a master marksman, swordsman, and archer, superhuman speed and reflexes. His main weapons are a wrist device that acts as an energy shield, and a round metal shield similar to Captain America's. He has no allegiance to a specific organization as he's been hired by various governments, mostly the U.S. government to kill who they're targeting. By the looks of the trailer, it seems as if he might be the main culprit Black Widow is fighting.

What happened in Budapest?

From the first exchange between Hawkeye and Black Widow in The Avengers, we've always wondered what happened in Budapest. Even though her film is clearly set after the initial mission takes place, there's some hope among the fandom that we'll finally find out what actually happened. This might require Hawkeye / Clint to return in some capacity, even for a flashback sequence that sets the tone for the rest of the film.


Other easter eggs you might've missed 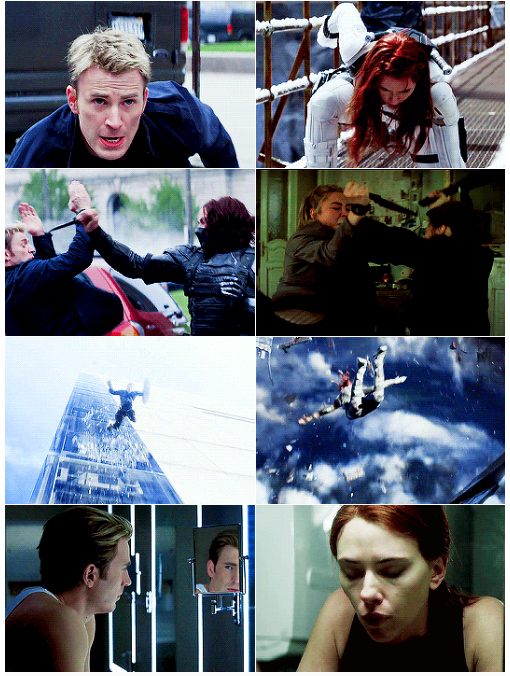 Their friendship was one of the most fully formed relationships in the Marvel Cinematic Universe. And it looks like their connection emerges in waves of subtle throwbacks between the two characters with fighting stances, knife fights, jumping without a parachute, and contemplating their identity.

A part of Natasha's torturous training to become a KGB agent was revealed in Avengers: Age of Ultron. Scarlett Witch's mind-manipulation tactic revealed Nat remembering who she was forced to kill and undergo a sterilization process. The trailer further reveals that Nat will go back to where it all began i.e. The Red Room, one of many training facilities where women like Nat were trained to become spies. This version could possibly be an updated version than the one we saw Age of Ultron, which would've been set in the 1970s-1980s.

Nat's official uniform throughout the MCU was a sleek black skin-tight suit covered in belts and latches. In the trailer, a white variation of her suit is shown, which originally appeared in the 2010 mini-series Black Widow: Deadly Origin. It was created to be worn when Widow's operations took her to wintery climates and environments.

A glimpse of death after Vormir?

As you can see from the uniform above, it's purely white almost like a stormtrooper from Star Wars. There's not a trace on any of her costumes except another variation of her traditional black uniform. Yet in one of the main trailer scenes uniting Natasha with Yelena, Alexei, and Melina, she is wearing a uniform almost identical to the quantum gear in Avengers: Endgame.

In Infinity War, when Gamora was sacrificed by Thanos for the soul stone, we briefly saw her as a young child asking her adopted father if his actions were worth it. When Nat thrust herself off the cliff and left Clint to retrieve the soul stone, we didn't see any vision from him or Nat following her death. Given that Nat sacrificed herself to bring everyone back, is it possible that this is scene is set as what could've been that vision if the characters had one? is it possible that by banding with her old family they are inadvertently killed and become some of the red in her ledger she'd like to have removed? I guess we'll have to wait and see to find out.
at December 08, 2019