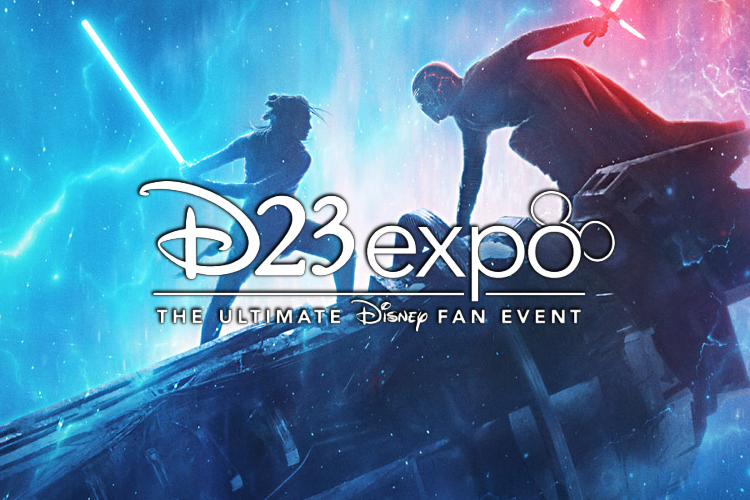 One of several first looks for upcoming projects included a promo shoot with Emma Stone as the 101 Dalmatians villain Cruelle De Vil.

Set in 1970s before the fashion designer became the evil legend we know of today, De Vil won't let a few puppies get in her way from making her name known. With a punk rock twist, the film aims to be tonally different than the original 1951 animated version and the 1996 live-action remake starring Glenn Close.

The Academy Award winning Best Actress originally joined the project in 2016. With shifting directors and writers, it's taken a while for the film to leave the pre-production process. It's only recently supporting cast Emma Thompson, Joel Fry, and Paul Walter Hauser were added and its director Craig Gillespie (I, Tonya) jumped on board. Production is underway and a theatrical release is set for May 28, 2021. 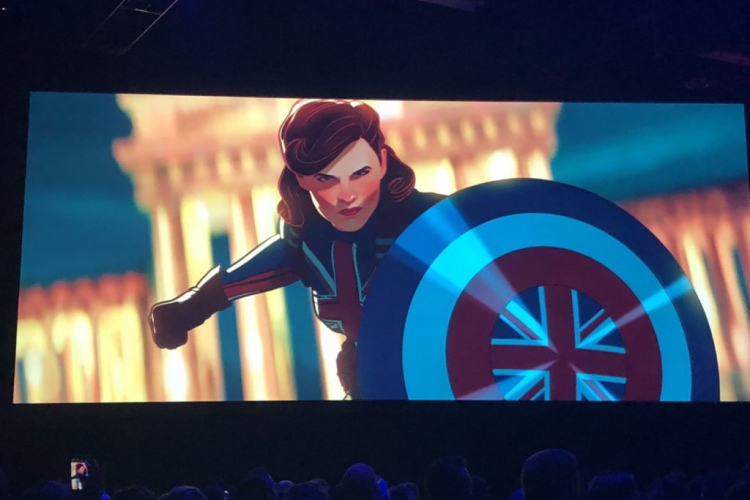 What If? First Look

The new Disney+ animated series What If? will feature alternative timelines from the Marvel Cinematic Universe as we know it. The first episode starring Hayley Atwell will explore what would've happened if Peggy Carter took the supersoldier serum instead of Steve Rogers. Atwell was on-hand to show some concept art for the series premiere. The subsequent episodes, ten in total, will feature other key moments that might've happened differently.

Anyone questioning the amount of content coming to Disney+ can breathe a sigh of relief. Among the multiple new programs lined up for the Mouse's new streaming service, three of its most anticipated comics were announced: Ms. Marvel, Moon Knight, She Hulk. Production has yet to begun on these series, so cast and director are still unknown. As with everything comic book related, when the time is right for the series to fit in with the next phase, they'll definitely make a splash in the Marvel TV Universe. 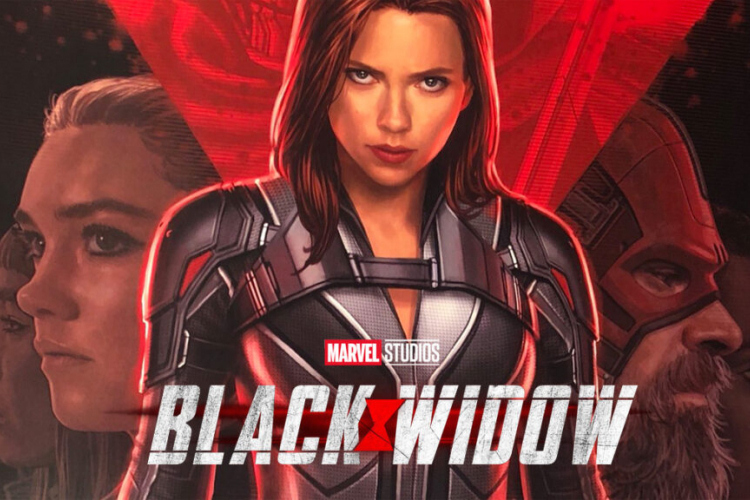 After a bittersweet treatment and departure from the main MCU, Black Widow is finally getting her own solo film. Footage hasn't been released yet, but the cast of Scarlett Johansson, Florence Pugh, O-T Fagbenle, David Harbour, and Rachel Weisz has created enough excitement on its own. Marvel's concept artist Andy Park shared a one-sheet theater poster on twitter that was handed out to fans attending the convention. There's no official confirmation of what the film will ultimately look like, but the poster online gives us a lot to look forward to.

The Eternals Cast is Complete

In the comic books, a race of immortal beings known as The Celestials created three sets of species, The Eternals who possess godlike abilities and beauty, their 'ugly' mutant counterparts The Deviants, and a normal strain of beings with or without genetic abnormalities. The Eternals and Deviants are at odds clashing in various wars against each other, and will serve as the story for the upcoming film. With momentum from The Avengers slowing down, The Eternals is more than a sure bet to be the MCU's next biggest hit. Chloé Zhao is set to direct, with the film slated to release November 6, 2020.

The end of the Skywalker saga is just around the corner. As fans anticipate the finale for Rey's journey against Kylo Ren, and the battle for the galaxy's future, D23 delivered a special look for J.J. Abram's Star Wars: The Rise of Skywalker. While the brief clip mostly force-strolled down memory lane of George Lucas's phenomenon so far, fans were left with plenty of easter eggs and clues to theorize. Especially Rey's new lightsaber. She's one step away from sith army knife.

Obi-Wan is Back TELL A JEDI

Fans have been, OKAY I'VE BEEN, clamoring for an Obi-Wan Kenobi spin-off for as long as I can remember. Finally, after years of his own project reportedly on and off the table, D23 saved one of the best announcements for last - Obi-Wan Kenobi will return for his own series on Disney+. Ewan McGregor, like the fans, have been not-so-subtly petitioning for his return to play his version of the beloved character, and was on hand at the event to personally confirm the news with LucasFilm President Kathleen Kennedy.

The actor will reprise his role in a series of adventures set EIGHT YEARS AFTER REVENGE OF THE SITH, I'm sorry I'm excited, after he left Luke Skywalker on his relative's doorstep on Tatooine. No word yet on when the series will be added to Disney+, but Obi-Wan is Back, Tell A Friend Jedi.
at August 29, 2019