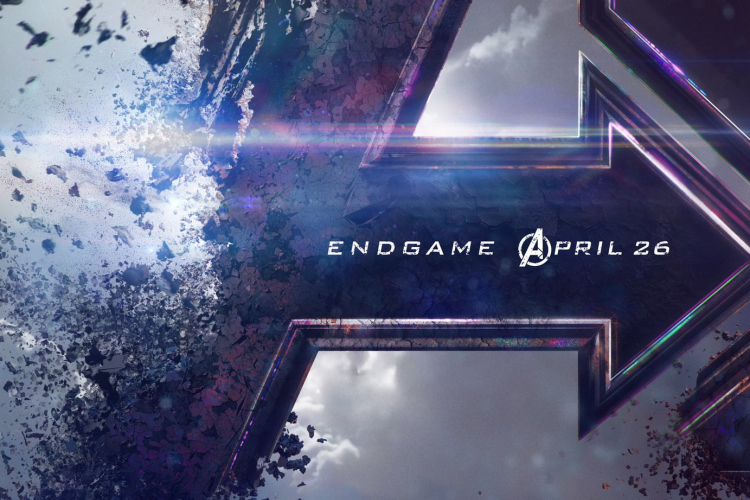 The Avengers taught us love. The Avengers: Age of Ultron taught us patience. Avengers: Infinity War taught us pain. What are we going to learn from Avengers: Endgame? Probably, how to file a class-action lawsuit against Kevin Feige for our collective therapy bills.

Marvel dropped us the gift that everybody and nobody wanted: the new trailer for the next Avengers film. So let's check it out! This post definitely contains spoilers.

1:03 - Farmer Thanos. lol
1:13 - *Cap's beardless* "I felt a great disturbance in the Force, as if millions of voices suddenly cried out in terror and were suddenly silenced. I fear something terrible has happened."
1:15 - Who's Black Widow talking to? Hawkeye? Lang? GIVE ME THE ANSWERS NOW.
1: 17 - Shuri shows up as missing but the Russo Brothers said she's safe....*shifty eyes*
1:22 - Thor looks like something out of 8 Mile. Seriously, my ovaries.
1:25- OMG, poor Nebula.

Evacuate the city, engage all defenses and get this man a beard. #AvengersEndgame pic.twitter.com/MP4mgAvkrL
— Katy Rochelle (@katyrochelle) December 7, 2018

What's wrong with you, Cap?! When you hit rock bottom, you grow that beard even harder. You don't have time for shaving! #AvengersEndgame pic.twitter.com/pu3jiZpqMu
— Katy Rochelle (@katyrochelle) December 7, 2018

WE WERE WITH THAT BEARD TIL THE END OF THE LINE AND NOW IT'S GONE #AvengersEndgame pic.twitter.com/DNvBkzCITz
— Katy Rochelle (@katyrochelle) December 7, 2018


So, how do I feel about Endgame? THEY TOOK CAP'S BEARD AWAY FROM US.

That's how I feel.

Yeah, there are easter eggs coming from all of the character's arcs that are already scarring me for life.

Yeah, this is rumored to be the last movie for Captain America...Everyone thought he was going to die in the last movie. So I'm just saving up all of my internal panic to have a heart-attack in the theater.

I mean, I'm going to be an emotional human car accident for the next four months re-watching the movies, finishing my Captain America series, and I JUST.....

*sigh* His beard his gone.

Honestly, the internet's reactions to this trailer were A++. And did Taylor Swift know the next Avengers 4 movie was going to be called Endgame? Her song from Reputation matches the trailer perfectly. WTF.

Otherwise, a few months after Infinity War's release, I started to feel like it was overrated. Once we experienced The Snap, there wasn't a lot of reasons for me to go back to the movie. With the Endgame trailer, I'm excited to see what happens next, and I'll bury myself into my couch and blankets when IW drops on Netflix later.

I also feel like Marvel has pigeonholed itself to really deliver on all these movies - Captain Marvel will lead into Endgame, which will lead into the next Spider-Man movie coming out next summer. It's just like one movie after another. The studios's hook for more and more sequels and spin-offs never felt that strong, but now I'm interested to see if we all get whiplash from Marvel-overload and if this hype is gonna last beyond April.

The Endgame trailer did a few great things (it was 100x better than Captain Marvel's trailer which bored me to tears). It showed the original six, gave us a jolt of energy with Hawkeye's return, made us lol with Farmer Thanos, and then dowsed us in humor/misdirection with Scott at the end. So I'm totally down for the next Avengers movie. I'll probably end up rewatching the franchises again, and maybe doing a marathon at the theater if there is one. And I'll be praying I survive Marvel building a nice little fire from the left-over ashes that are my Infinity War feels to keep my soul warm.

What do you guys think of Avengers: Endgame? How big is the therapy bill you're going to sue Marvel for?
at December 08, 2018