6 Best Rick and Carl Grimes Moments on The Walking Dead 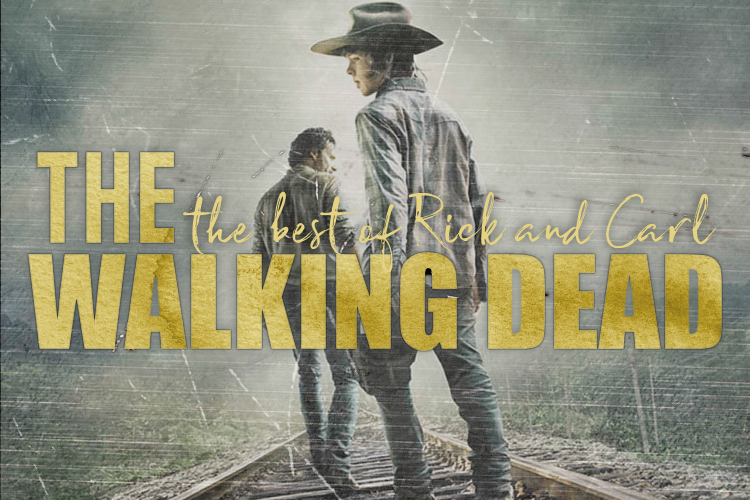 The Walking Dead has always been about family; people from all walks of life who would've never met otherwise and trying to survive what the zombie apocalypse throws at them. But there's no bond bigger in the series than the one between Rick and Carl Grimes - a father trying to protect and keep his son alive by any means necessary. There's almost too many heartfelt, important moments between the two to list them all, but here's my take on the best of Rick and Grimes from The Walking Dead. (This post includes major spoilers of all the seasons so far!) Is this list missing one of your favorite scenes? Feel free to share in the comments below.

"All I am anymore is a man looking for his wife and son."

It's the relationship that started it all: a sheriff woke up from a coma into the apocalypse to find his wife and son, who believed he was dead. And, if anybody that gets in the way of that they're gonna lose. It only takes two episodes of the first season for this emotional reunion to happen in Guts, but damn if it didn't feel like the most triumphant moments of the entire series.

After getting caught in the crossfires with a group of dangerous stragglers where Rick left one of them to turn into a walker, The Grimes family is surrounded by the assailants ready to get revenge. Even though Daryl tries to vouch that Rick is a good man, Rick, Michonne and Carl are cornered. Until, Rick turns the tide by ripping out Joe's throat and knifing the other men to death, allowing Daryl and Michonne to get the upperhand on their attackers and save Carl. There's nothing a father wouldn't do for this son. 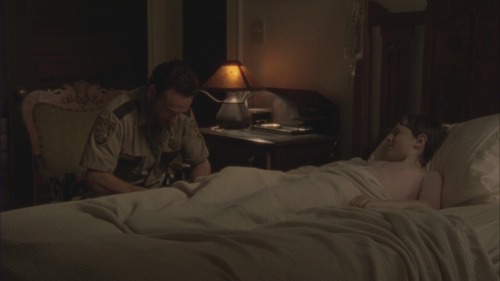 "He was talking about the deer."

What Lies Ahead kicks off the second season with a bang. Carl is accidentally shot by a hunter Otis who was aiming for a deer, leaving Rick to hoist his son's body into his arms and to a nearby farm for help. Rick and Lori desperately wait for Otis and their friend Shane to get more supplies in order for Herschel to safely remove the bullets. While Lori makes the argument that maybe it's best if Carl dies so he doesn't have to face the cruel road ahead, Rick passionately makes a case to fight for their son. After Carl briefly wakes up before falling into shock, he mentions the beautiful the deer he saw before he was shot. It lays ahead the foundation that no matter what tragedies the world might hold, he'll still see the beauty and hope.

In season four's Too Far Gone, the Governor finally decimates the prison, a home the group had been fortifying for each other. As everyone pairs up and scatters to safety, Rick and Carl discover an empty carseat and are left to believe Judith is dead.

After starts exploring the aftermath (how apropros) to Carl and Rick's tense relationship. While his father takes a much-needed rest after nearly getting beaten to death, Carl thinks he can take on the world. Rage boils to the surface as he blames the loss of his sister, mother, etc. on his father and what he saw as weak leadership. He even goes as far as to say "I'd be okay if you died". Luckily, to Carl's relief, his father doesn't die and even summons the strength to tell him, "Don't go outside. Stay safe." The father-son dynamic emotionally concludes with Rick finally telling Carl he's a man and he's proud of him. We are too. 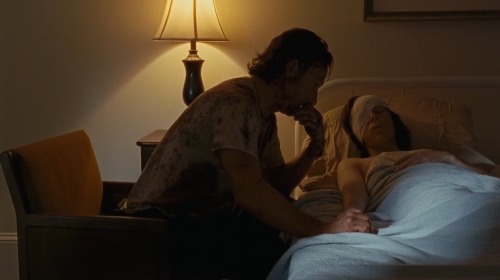 "I want to make it reality for you, please, Carl."

The second Rick and co. strolled into Alexandria, he wanted to do everything his way. Rightfully, he saw the cracks in Deanna's system from lacking guards to juvenile supply runs. He thought hiding behind the walls was cowardly and made the survivors weak, so he never expected Alexandria to show their true colors.

When the zombie hoard swarms the neighborhood in season six, leaving Rick, Jessie, Michonne, Ron, Sam, and Carl to stroll through the undead covered in guts, it's a pure domino effect; Sam and Jessie are mauled by walkers, Ron is macheted by Michonne because he was trying to kill Rick but ends up shooting Carl in the eye. Instead of hiding, the community follows Rick's rage-filled lead as he takes to the street and slaughters the walkers after leaving Carl in the infirmary. Afterwards, everyone waits outside while Rick pleads with his son to stay alive: he wants to show Carl the new world and make it a reality for him. Things didn't go as planned, but they showed each other what normal could be like under these circumstances. 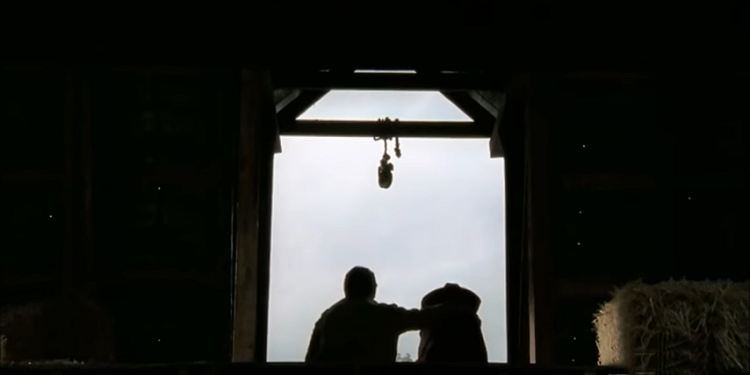 Rick tries to tell Carl what it means to keep moving ahead in the zombie apocalypse because this isn't your normal journey in parenting. He feels like he stumbles on his words to pass down something more profound. Except, the simplicity more than enough: it's time. Rick's gonna do the best by his family, but Carl, no more kid's stuff.
at February 14, 2018