2017 in Review: Best and Worst Movies 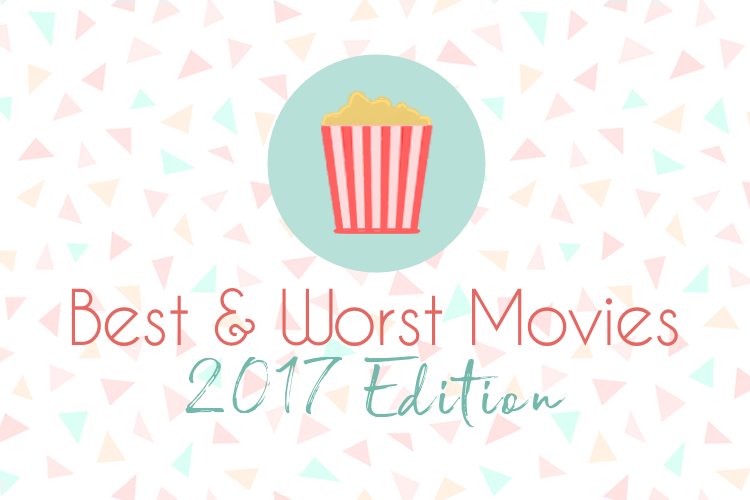 Another year of going to the movies is now behind us! The past twelve months of filmmaking has for better or worse been a little unpredictable. At the start of 2017,  I didn't expect then that the year ahead would be filled with so many polarizing films; ones that seemed to be universally loved or hated, where movie-goers were quick to write-off movies before they came out or have such visceral reactions to them afterwards. No two Best and Worst Movie lists are going to be the same, but it feels like that's true even more now. Below are my picks for personal favorites and least favorite movies from 2017. The next year already seems like it's going to have a lot of surprises in store. What were your favorites? What movie surprised or disappointed you? Let me know your favorite movies of 2017 in the comments!

Jamie Dornan is not every woman's cup of tea. But he is the one who got me into the hot mess known as Fifty Shades of Grey. By gaining the muscle he couldn't achieve in time for the first movie (his wife had a baby three days before filming and they had to move to Canada), the sequel gives us some amazing abs, and does away with the baby face for a five o'clock shadow. Also, that butt and abs. PERFECTION.

Most Annoying Character: Enchantress, Beauty and the Beast

I appreciated the new Beauty and the Beast's attempt at making slight changes to the animated movie. But if there was one thing that actually opened up more plotholes and nearly ruined the story, it would be the Enchantress. I hate her so much. See for yourself. Warning: this post contains spoilers.

Considering what I have in my Worst picks, this one is out there. But Christopher Nolan's latest film of tackling an event that changed the tide of World War II, Dunkirk was just okay. I saw it twice in theaters, and it was good, but as award season rolls around, it feels like the hype won out. Like plenty of Nolan's films, it will stick with his hardcore fans.

SPOILERS. Since  Star Wars: The Force Awakens, I just did not care about who Rey's parents are. Fans had their ships and ideas, but did it really, truly matter who they were? All of the debate about Skywalkers or Obi-Wan, and in the end, they're supposed to be nobody as far as The Last Jedi goes. Which just makes Rey's powers natural and empowering; her strength comes from herself. I feel like that that's been underrated.

If Darren Aronofsky is attached to a movie, you know it's going to be a cerebral experience. While mother! contains some disturbing scenes, there's such a cyclone of symbolism, allegory, and an attempted story about the environment, the results doesn't warrant the controversy. Darren's instagram of mother nature is more intriguing and I'd happily watch their rehearsal process instead.

Some days I find myself thinking about The Circle and laughing a little. Because we live in the day and age
of the movie's plot - where people live and breathe social media, political movements are reported and started
on twitter, identities are shattered,etc - and the movie had nothing compelling to say.

Gosling makes it work with every actor, nearly paying for the price of admission before a movie comes out. Touring with Harrison Ford for Blade Runner 2049, they couldn't stop making each other laugh. Next to Gosling's stint with Russell Crowe for The Nice Guys, it's one of the best press tours ever.

I haven't even seen Justice League yet, but you can't unsee these abs.

Let's To Go To There: Beauty and the Beast

I want the library, the ballroom, the castle, Gaston's tavern, the village. It's like Disney plucked the animated movie and built it in real life. Oh wait, they did because they don't hold anything back in making live reboots. Basically, they made me want to live Belle's life even more now.

I'd Like To See A Sequel of: Kong: Skull Island

The twentieth retelling of a group of people dealing with a massive ape probably doesn't need another sequel, but Kong: Skull Island was a solid action movie. It had some issues developing the major leads Tom Hiddleston and Brie Larson, but the secret government agency Monarch possibly coming across other ancient creatures was fun enough to want to see what could happen next. 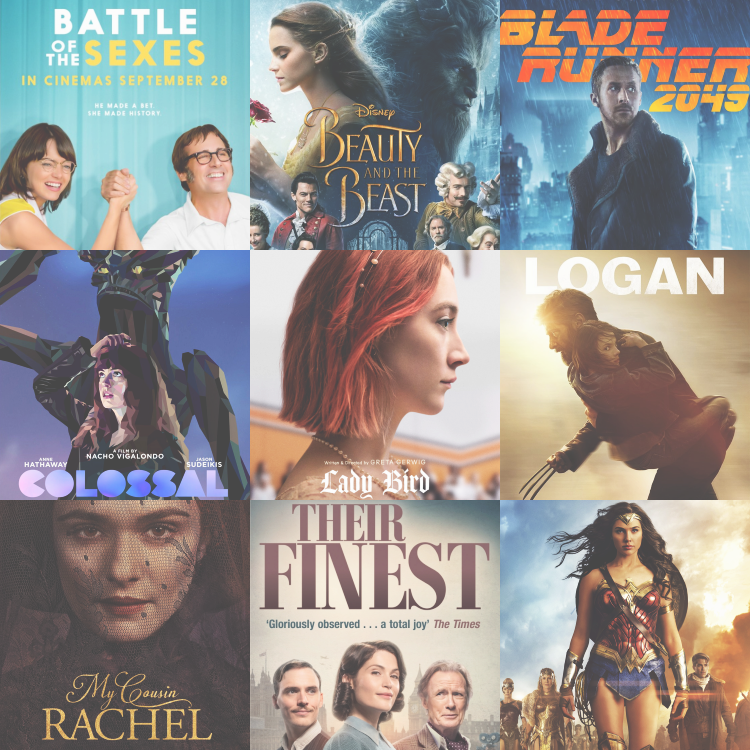 Sometimes one of the brilliant aspects of a movie is its break-out stars. Get Out is full of them. Perhaps one of the scariest performances is Rachel Gabrielle as Georgina, a house servant working for the Armitrage family. Her strange behavior has the makings of a sociopath in the making, but it takes a rude awakening on the main character's part to realize what's really going on. When you see the movie at first, and return to it later, you realize she acted out the entire premise in under a minute without giving anything away. I wish there was more of her, and can't wait to see what she does in the future.

His performance might be considered more of a cameo than a supporting role, but there's no denying that Batista's part as Sapper Mortion has a pretty strong effect on the story. Not only does his short film set up the entire sequel, or at least his whereabouts before the movie begins, what he does onscreen in about ten minutes is certainly impressive. In a few seconds, he becomes a gentle giant who can squash the hell out of Ryan Gosling's Agent K and then inadvertently leads him on his quest. You just get the feeling of how worn out he is but a little ready to put up a fight. Batista's already considering retiring from acting, and it's a shame. I wonder how many subtle performances like this he has in him.

Get Out just came out of nowhere. While the movie strongly relies on Jordan Peele's direction and writing, Daniel makes a great breakout performance. The script strongly commentates on race through satire, but the direction and the actors played with horror. So much of Daniel's character comes down to his reactions and observations. He had to do enough that red flags are raised throughout visiting his girlfriend's family, but not be over-the-top or boring. He was just perfect.

It's difficult to not highlight these amazing performances from the past year. I've already expressed my love for Gal as Wonder Woman, but felt it was time to share the love. Saoirse Ronan comes out of nowhere in a beautiful performance as a young woman in a contentious, loving relationship with her mom. She wants to break free and be her own person, but also wants her mom's support and validation. And, of all the movies getting nominated this award season, Robbie by far and away one of the best - if not the best. I'm convinced she's one of the best actresses of her generation as she makes a victim and victimizer believable in a completely audacious movie.

Best Movie: Get Out

Runner Up: I, Tonya

I've talked everyone ear's off about these, so this might not be any kind of surprise. I Tonya and Get Out just came out of nowhere, and stuck with me long after I watched them. At the very end of the year, Lady Bird wowed me with its directorial debut by Greta and another stella performance by Saorise Ronan.
at February 07, 2018

Email ThisBlogThis!Share to TwitterShare to FacebookShare to Pinterest
Labels: best of 2017, lists