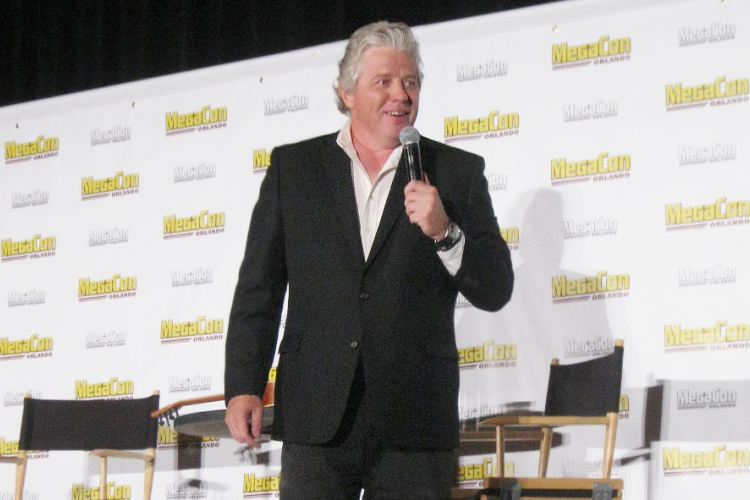 Sometimes you attend a panel where you know you're going to attend it again and again. While MegaCon Orlando doled a lot of fantastic memories, I know I won't hesitate to attend a convention if Tom Wilson is on the b the ll for celebrity guest. He was simply put: fantastic.

Many fans will know him from the iconic Back to the Future, where he played three generations of Biff men in several different varieties from 1950s, to 2015, to 1800s.

He's responsible for a lot more than the love-to-hate villain of Robert Zemeckis's classic movie: he revolutionised the fast food industry. While talking about his earlier career in commercials before he made it as a huge star, starred in a commercial as a thirty and hungry construction worker who magically has a biscuit pop into his hands for lunch. Next time, you go to Wendys or Burger King, all hail Tom Wilson.

The panel started with Wilson giving the audience a stand-up routine instead of a normal or standard introduction of credits and how-are-yous. Singing a song and talking about his career, he told stories about acting, and mostly, the questions he often gets in panels to cut everything to the chase. Wilson had everyone in stitches. If you never believed in positive vibes, a Tom Wilson panel will do the trick. It's no wonder he looks exactly like Biff in 1988, just sporting a helmet of grey hair. 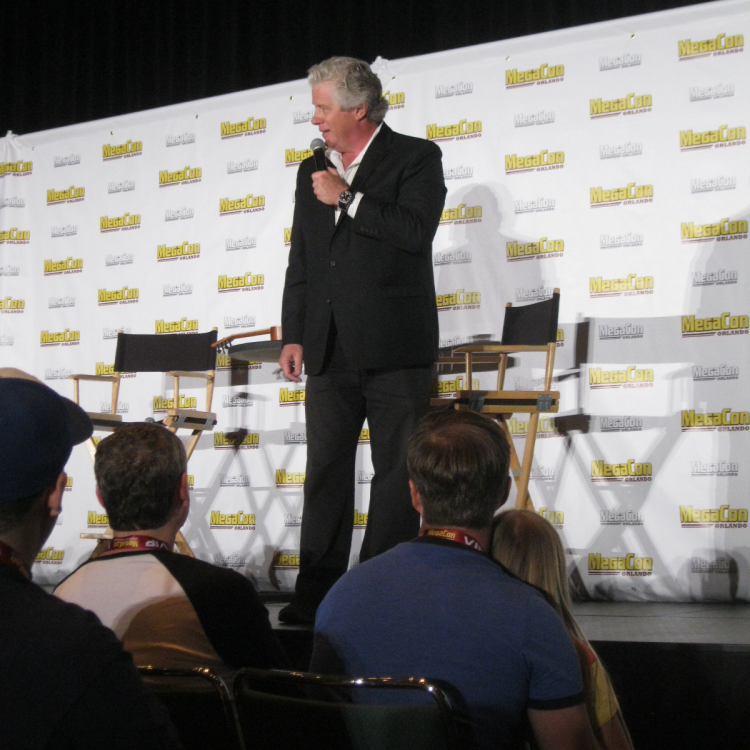 In talking about Back to the Future, he mentioned the long process of auditioning over and over for the movie, which was the most callbacks he had ever had to go through for a role. He thought he might end up as one of the gang members, only to find out later he was paired up with Crispin Glover for chemistry tests because they thought he could be Biff.

At his final audition in front of all the powers that be like Steven Spielberg, Robert Zemeckis, countless producers, etc. he admitted that his brain short-circuited and instead of performing the scenes like Biff beating up McFly with less theatrics, he was tossing and man-handling him all around the room. Once he had Glover up in the air by his lapels, Wilson forgot the script, set him back down on the floor, and ended with "Ta-daaaa". One producer asked Wilson to leave and Glover to stay, which wasn't a very good sign.

That same night at a Bruce Springsteen concert while everyone was partying and dancing, Wilson couldn't help but lament in the corner in Row Q, "I could've had a career". The way he painted the experience was hysterical, but in the end, the next day Wilson ended up getting the part.

Some of the other anecdotes in the videos. If you get a chance to see him in person, don't miss out! Hope you enjoy!

The Back to the Future star opened his panel with a song about his experiences as an actor.


Wilson's favorite part about working on Back to the Future III was the history of people who were in the industry for such a long time.

To close the day, Wilson squeezes in the answers to questions he gets asked most often but didn't get to this time around. Thanks for a great time Wilson. If he's ever in town again for a convention, I'm  going to be there.