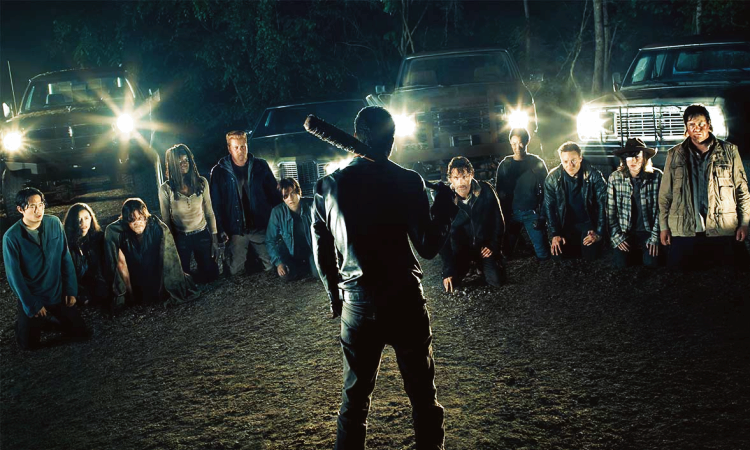 The Walking Dead's season six left us on a massive cliffhanger - one that fans were either intensely disappointed by or just okay with. (Was anyone excited about the season finale...I can't remember...)

Anywho, we already know the identity of Lucille's victim is still left up in the air. AMC has kept the suspense going by premiering the season seven trailer at San Diego Comic Con!


If you haven't seen it yet, it's probably a good idea before going forward. This post contains spoilers not only of the trailer, but also predictions about character deaths including the Lucille victims. You've been warned!

So let's start with the first minute and a half of the trailer, shall we?

I was temporarily angry with the opening because it is too similar to the teaser by showing us the Lucille scene again. Kinda like how we were hit over the head with Negan's entrance, AMC is all about showing us the cliffhanger everywhere. Even knowing the trailer was three minutes long, I was praying the whole thing wasn't going to be same old, same old.

The first minute and thirty seconds might've revealed what we've already know, it also manages to hit us in the feels. Mixing everyone's reaction to Lucille with a montage of heartfelt moments is enough to raise the stakes. The producers didn't hold back: Glenn and Maggie (Thanks Gimple), Rick taking care of Carl, and I mean, holy shit, they even threw in Daryl holding Judith too.

Similar to how the fifth season Comic Con trailer tricked us using footage from only the premiere, this trailer doesn't show us any of the characters outside of the finale. Of course Negan appears throughout because DUH, HE'S ALIVE. But anything else would've tipped off fans to pick up on easter eggs. (Like we're not doing that anyways....)

It wouldn't be a trailer if it didn't reveal absolutely nothing but also everything. Most of "a" storyline with Morgan and Carol heading to a new location known as the Kingdom was the primary focus.

Lions, Negan, and Carol is high, OH MY.
Some things I noticed.... 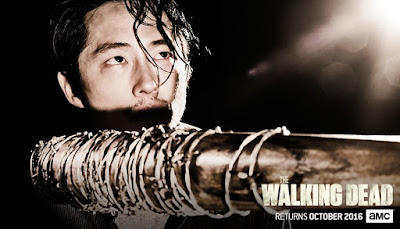 Lucille Victim Predictions:
What do you guys think? My prediction is Abe and Glenn. For one, Glenn and Abraham are literally looking into the light in the latest set of character posters. So is Rick and Carl but what are the chances they are going to killed off? Zilch, nada, not gonna happen for the Grimes crew.

My other reasoning is that Michael Cudlitz and Steven Yeun have been filming and tweeting their current work on other projects while the majority of the cast has filmed four or five episodes...

I see Negan choosing Abraham as his first victim. He's the only one next to Michonne and Aaron who doesn't cower. But Abe has a significantly larger build. Why not take out a bull instead of a sheep? Abe will be Negan's way of teaching his lesson. But to truly drive it home AND make fans feel like Glenn is safe FOR EVEN JUST A SECOND, Glenn will be next.

Now executive producer Gale Ann Hurd has discarded rumors that just because a few of the actors haven't been seen at various shooting locations doesn't mean they were killed off. They are filming a lot more in and around the studios to keep details under-wraps. There's also rumors they filmed the Lucille beating with several characters so if something leaks there's no definite proof... There's no telling how much they might have hidden Steven or Michael during filming to keep rumors going, if so many similar predictions aren't true. 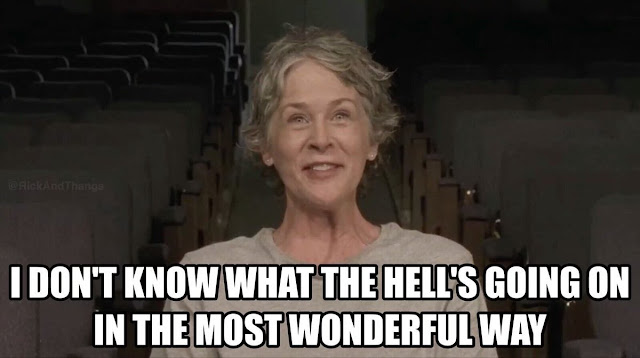 Final Trailer Thoughts:
The trailer was fun, but it felt really weird because 99% of the cast wasn't featured. It almost felt like another show. The transition of power from Rick to other characters might be enough to re-ignite the mess known as the back half of season six. My biggest hope is that taking material from the comic book more and more doesn't usurp how we know these characters, again similar to season six's biggest failures. *fingers crossed* October can't come soon enough!!

Love you all! Thanks for hanging out with me over Walking Dead! I can't wait to bring the recaps back for season seven (hopefully with a smaller word count! lol)
at July 26, 2016