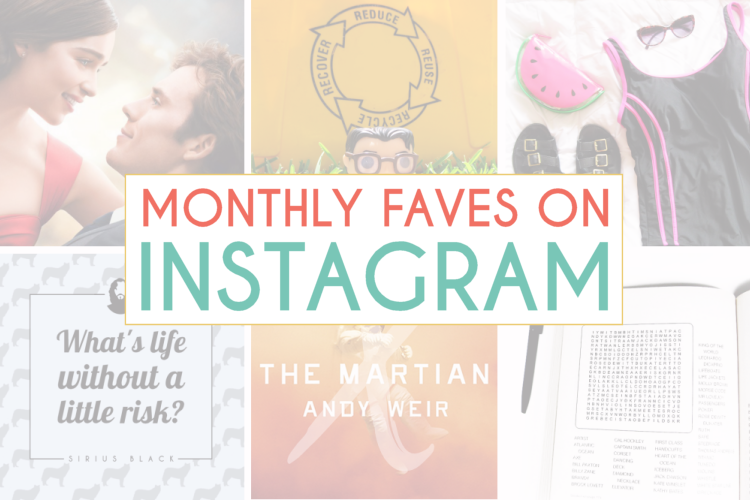 June felt like a breeze - not just because it's been abnormally cool here in Florida but also just by how much time flew by. It's hard to believe we're embarking on July already; only two more months of summer before fall arrives.

Here is a little collection of things I did over the past few weeks and a few plans for July. What did you do last month? What are you looking forward to this month?

Saw Me Before You - My mom and I went to see Me Before You. Surprisingly, my mom ended up liking the movie more than I did. It wasn't particularly terrible or disappointing, and managed to hit all the right notes. Emilia and Sam shared great chemistry, and talk about great costumes for Louisa! Some of the director's interviews during the press tour kinda irked me, just in how she approached scrapping some of the more deeper un-rom-com qualities about the characters. I felt like she and the studios were so aimed at making the movie a Rom-Com Nicholas Sparks-esque spectacle of the summer, they missed out on making the movie more meaningful and engaging in a conversation with people with disabilities.

Saw Independence Day double feature: I had anticipated on seeing this in July but the double feature came along a lot earlier than expected. My sister and I had a great time seeing the first movie, but not so much with the new sequel. That review fully managed to get on the blog.

Swimming - Previous summers have been pretty saturated with offline business and family obstacles, so this is the first summer in a long time I can actually squeeze in swimming. It's been a blast so far. Almost every other (SUPER EARLY) morning I wake up so excited to just dip down to a local pool and almost have the entire joint to myself. The pool even has a radio playing oldies before I get there making it even more worth my while!

Lost my copy of The Martian: My quest to read The Martian continues. Just when I was so amped up to get down to business with my copy, it disappeared - nowhere to be found. SOOOO. We're just gonna hold onto this goal until it pops up again. SIGH.

Start Everything Movie Wordsearch book: Something I didn't realize I had on my shelf until recently was a movie word search book. I'm a pretty big word-game nerd already, and adding movies as a theme just amped it up a ton of notches.

Plans for July: prepare for and attend GeekyCon (I'm attending as press, SWEET), attend midnight release party for Harry Potter and the Cursed Child, get sorted on Pottermore for the Ilvermorny school, see Star Trek Beyond, catch up on a ton of movies!.