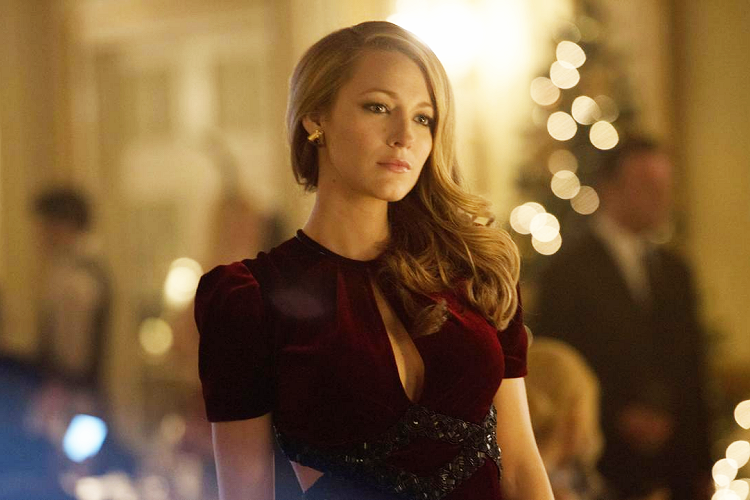 The Age of Adaline could've been a great female version of the hastily simplified The Time Traveler's Wife or the magnificent The Curious Case of Benjamin Button.

Something strange happens in Hollywood when a romantic drama dealing with time travel or time itself is in the works. Somewhere between idea and script to the final product, once interesting characters and stories try too hard to be unique from the rest of the pack.

Adaline (Blake Lively) was struck by lightning after a brutal car crash giving her the power not to age. Living carefree through the Prohibition, this new ability is a blessing more than it is a curse. Over the coming decades, she remains twenty-nine forever. Living discreetly from suspicion and on the run, a chance encounter with Ellis (Michiel Huisman) may show her the kind of life she's been missing.

Elements from different films affect each other via choices by the director, production designer, studio, etc. Instead truly using the power of its cast and the story, the making of the film seemed to convinced with trying to it as unique as possible. When looking at the film's inspiration for its production over several years (which included overhauls to the script and changes with directors), I was surprised to learn that Amelie and Network was the film's prime sources.

Amelie is a light and airy adventure, using side stories of the protagonists' neighbors and friends to unfold her own adventure of discovering love. Adaline utilizes flashbacks in much of the same sense showing her in the present and in the past. But instead of putting Adaline at the forefront of her own life, the flashbacks disrupts the flow of her story. And, Network is centered on an angry prophet denouncing the hypocrisies of our time and the political powerful medium of television. Narration is used through to describe the main character and pivotal moments of his arc. This aspect was used for Adaline as well, but often it felt random, popping up in places to explain the 'scientific nature' of her condition rather than just letting it all play out naturally.

There's nothing really wrong with using contrasting parts of films to make something new, but this combination simply doesn't fit. I would feel less disappointed by the film if it had a thinner love story or protagonist to work with. But it doesn't. Adaline has a lot going to juggle. For decades she doesn't let anyone close to her. She's outliving her friends and children. She has a steady job as a librarian, but we're alluded that she consistently moves between cities to avoid being "found out". Little pieces of her history are laid out like breadcrumbs, but it doesn't come into a whole narrative: it's fleeting, even distant and convoluted rather than intimate and layered. If the film was told without the pizzazz of time-jumping and unnecessary narration, it could've add much more continuity.


Blake Lively elegantly creates an intriguing heroine with Adaline. Even though she has the inability to age, she doesn't let anything hinder her experiences, wisdom, or intelligence. The McCarthy witch-hunt stamped her with the fear that if she allows anyone close to her, they'll become suspect of her lack of aging and might see her as a science experiment or freak rather than a real person. Even though she lives her life in fear of being found out, she spends her life the best she can: reading, learning languages, and traveling. Maybe it's just the hermit in me, but I found this to be a dream life (but with the aging). I loved Lively's refreshing ability to be vulnerable, complex, and dignified. Even though Adaline has lived through it all, can read situations and people instantly, she wasn't about anyone up. She's just naturally one step ahead of everyone.

Except Ellis. If there is one person who really challenges Adaline to open up, it's him. He is so unlike all the other men who have tried to be romantically involved with her. Having managed to acquire his millions early in his life, he lives rather free but not in an egotistical or arrogant way. He's quite the charmer and a respectful one at that. He doesn't want to toy around with her heart but open it up. Like Adaline, he is a true old-soul and has a very youthful energy to match her contained lifestyle. Together, from their style and personalities to temperament, they bring a classy mystique to the 21st century, even a timelessness. Their romance has all the potential for being epic, and in some ways it is if not for the film's faults. It's almost electric, like they were struck by lightning for each other.

The Age of Adaline is a beautiful film in many regards. Floating through the decades, the production and costume design mixes modern and vintage seamlessly. Every setting and Adaline's costumes transport you back to another era and makes you forget you're in the 21st Century. Even though the story is set in present time, it feels otherworldly. In contrast to other time-travel films that beckons us to see how time is so fleeting, Adaline challenges us to think about having all the time in the world but no one to spend it with - until the right one comes along. Lively and Huisman's chemistry makes the notion come to life. It's like they were made for each other in this movie.

I really wanted to love this one more. Unfortunately, as great as the cast, production design, and character Adaline was, the movie's too hindered on being stylish. With its pros and cons, the film stands on its own and away from other time-travel related flicks. Give me a few weeks and surely I'll be aching to watch it again. Maybe I'll like it a bit more, but there's also a nagging feeling of being just as frustrated by what could've been. But there's a part of me that wishes I could back and save The Age of Adaline.
at January 29, 2016

Email ThisBlogThis!Share to TwitterShare to FacebookShare to Pinterest
Labels: 2 stars, the age of adaline