The premiere episode of The Walking Dead left us in turmoil as thousands of walkers wandered towards Alexandria. As the final moments of First Time Again faded to black, an unknown culprit blaring a truck horn instigated a domino effect to Rick's plan of directing those walkers out of a massive quarry.

For only the second episode of the newest season, JSS may be at the top of the pack of favorite episodes. When the producers and writers declared that this sixth season was bigger and better, they weren't kidding! It left us catching our breath after nearly an hour of action-packed gore and subtle character conflicts.

6. Meet the Wolves
Season five was filled with hints about the next possible conflict for Team Grimes: the Wolves, a wild group ravished by the apocalypse and left to act out animalistically; slaying anyone in their way without an conscious. Basically, a pack of wild wolves.

JSS commenced with a seeming slow start showing the origins of Enid, one of the teenagers that discovered Alexandria. And, within the bat of an eye, the wolves invaded Alexandria, looting and chopping up every person they could. 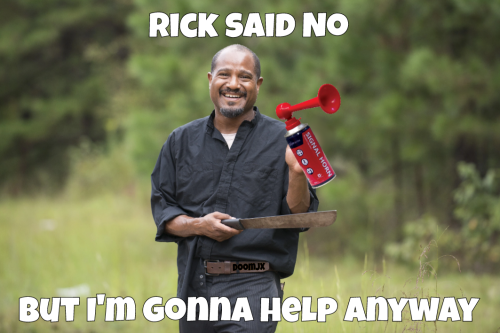 5. Sorry, Gabriel - it wasn't you
Even though most of us, including myself, blamed enemy #1 Gabriel on literally blowing the horn it turned out one of the Wolves. They didn't just scale the walls with flamethrowers and through the front gates, but also with a huge food truck. Deanna's son Spencer, located in a watchtower, tried to shoot out the tires but ended up shooting the driver instead. The Wolf's mangled body was pushing up against the truck's controls, letting the horn blare.

Luckily, Morgan was right there to take out the driver before he became a walker, and turned off the horn. But, as we already saw from the season premiere, who knows if that will stop deterring the walkers from coming towards the gates.

But, how did the Wolves know exactly when Rick and the other defenders of the group were outside the gates? How did they get that intel to make their move? 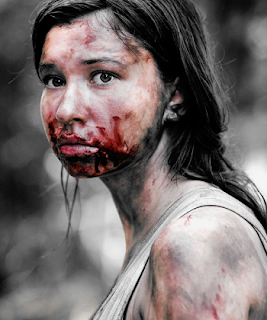 4. Enid
The meaning of the episode title JSS was revealed to be a moving mantra by one of Alexandria's most mysterious survivors: Enid.

In the opening of the episode, her backstory before reaching Alexandria was explored. She was trying to survive with her parents on the road. When they were killed, she was left to wander the wilderness by herself surviving on anything that she could.

Within this episode as the Wolves attacked Alexandria, she took refuge with Carl in his home. When she officially seemed to leave the safe zone behind, a single note was left for Carl: Just Survive Somehow.

Enid could just be a troubled teenager; isolating and protecting herself from the rest of Alexandria and getting out before Alexandria was destroyed.

But, the timing and behavior during the Wolves' bombardment invited more questions about her. She wasn't in any type of alarm about their presence. Having already considered that Alexandria has too many blindspots to be safe, she wanted to get out. Perhaps with the trauma she's faced before, she is now too-far removed from having a reaction to the attack. However, did anyone find it odd that Carls' place was one of the few homes left untouched? And, that Enid had a key to every house in the neighborhood? She may not be a full-pledged member of the Wolves, but is it possible she knew about them? Is she a Wolf in Sheep's Clothing? 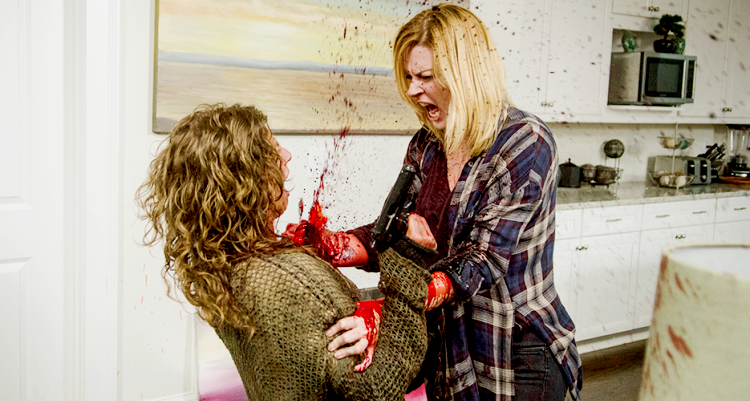 3. Mama Bear Unleashed!
The Wolves massacred so many townspeople over a mere forty-five minutes. Even though Alexandria could have been open season for any group, could they have defended themselves better? Sometimes it's not about being trained with weapons but being keeping an eye on your blindspots and even getting creative with what you have on hand to take down a walker.

Alexandria might have had sufficient exterior barriers from the outside world. It feels devastatingly easonable that Alexandria would be invaded in any capacity when the townspeople had no inkling of preparation - even vigilance.

One person heeded the call for action Rick made last season - to be prepared. Jesse made a massive character turn-around in her home as the Wolves broke into every house, killing and stealing. Armed with a gun, she locked her and her youngest son in a closet. Needing to protect her emo teenager Ron, Jesse's Kill of the Week towards a female Wolf was absolutely ferocious! It was like a Mama Bear protecting her cubs. This might be one of my favorite takedowns of the series. The intensity is insane!


source
2. How Many Second Chances?
Alexandria was left mostly unprotected and unprepared while most of the abled bodies were working on the quarry-walkers. Somehow Morgan made it back from the rest of the group outside the fences in time to ease some of the Wolves' bloodbath. However, his mindset of seeing that every life is precious might be one of their biggest downfalls and could have been one of their biggest assets.

Last season, Morgan came across some of the Wolves in the forest. He beat them within an inch of their life but didn't kill them. On that same day, Aaron and Daryl were out scouting and their photographs of Alexandria left behind in the dust of another Wolf trap. Their recovery of the photos have set a debate about who is to blame for Alexandria's massacre: Morgan or Aaron?

History repeated itself during the Wolves' attack. Morgan was beating them down, and even had one tied up. They could have gotten answers from him, if he wasn't too far gone to give any, before Carol executed him. Towards the end of the entire showdown, and out of the watchful, merciless eye of Carol, Morgan let a few attackers go with a simple threat never to come back. Are second chances worth it if they put a group at risk but serve an individual's sanity and morality? 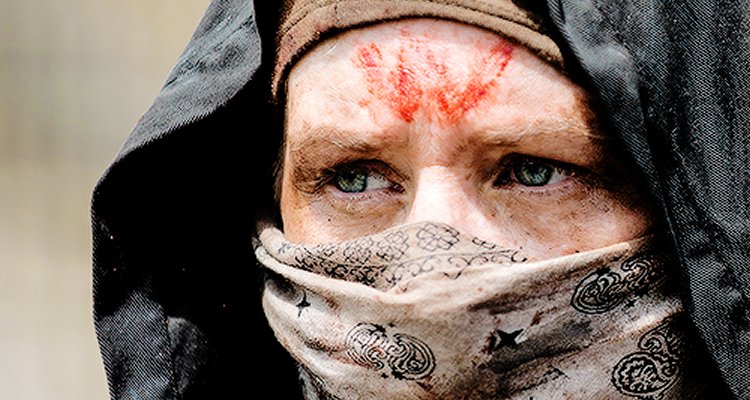 1. Carol
Who doesn't love this woman - at this point in the series? As soon as the Wolves attacked, and Carol watched as some of her Real Housewives of the Alexandria Pantry get slaughtered, she unleashed her protective instincts and skills. Dressing up as one of the Wolves, she maneuvered through the streets killing as many assailants as possible. She wasn't taking any chances, and if it weren't for Morgan/Maggie/Aaron, and a few others capable of doing what needed to be done, she single-handedly rescued a lot of Alexandrians.

The do-what's-necessary side of Carol was exposed long before Terminus. In burning Karen and David's body before the onset of a flu-like virus throughout the prison, Carol stepped up to protect others. She did so again with Lizzie, who was a threat to herself, Tyrese and Judith. And, again with Terminus saving the entire prison group. As the group entered Alexandria, dressed in floral sweaters and playing happy homemarker, Carol never bid farewell to being on-guard. This serves well for when the group is being threatened by walkers or humans - but she didn't instantly regroup as we thought she could. Sitting one of the porches after the massacre, that facade began to crumble. Similar to her abusive marriage to Ed, she continues to suffer in silence but now it's only of a different kind. Like Rick, it's not that they like killing, but it's unavoidable to stay alive. Will her wall begin to crumble or just make her stronger?

Aaron discovered that one of the Wolves was carrying his lost backpack of photos to Alexandria - implying it was his fault that their safe haven was found by his mistake. Ross Marquand did an awesome job with his small scene in JSS. When tweeting about it, I was surprised to wake up the same morning with his tweet-back. SWEET!
at October 22, 2015