Let's Go (Back) To There: Twister Soundstage 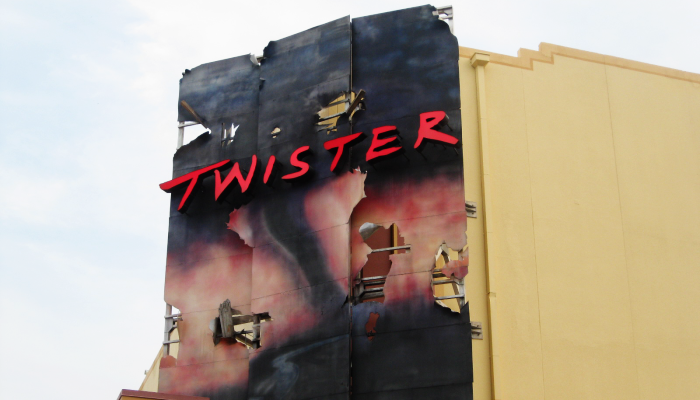 I love Twister - the 1996 action movie directed by Jan DeBont about competing storm chasers across Oklahoma. One of the perks of living in Florida is the occasional visit to Universal Studios Florida. An attraction that somehow has managed to avoid renovation is the Twister: Ride It Out Soundstage.
The "ride" is a walk-through set celebrating the movie that broke summer box office records and beat out other action films like Mission: Impossible. Guests enjoy watching pre-production footage introduced by Bill Paxton and Helen Hunt, and then "survive" a replication of a tornado sweeping through a drive-in.
Every time I go to Universal Studios, I'm not gonna lie: I have to do this attraction. My love for the attraction started out with simply enjoying the relief of air conditioning from the heat. But over time, I've been on it so many times, the film has become my one of my all-time favorites.
As early as summer 2014, rumors have begun that the attraction will be replaced with something. I figured now's a perfect time to share some photos and videos. Hope you enjoy! 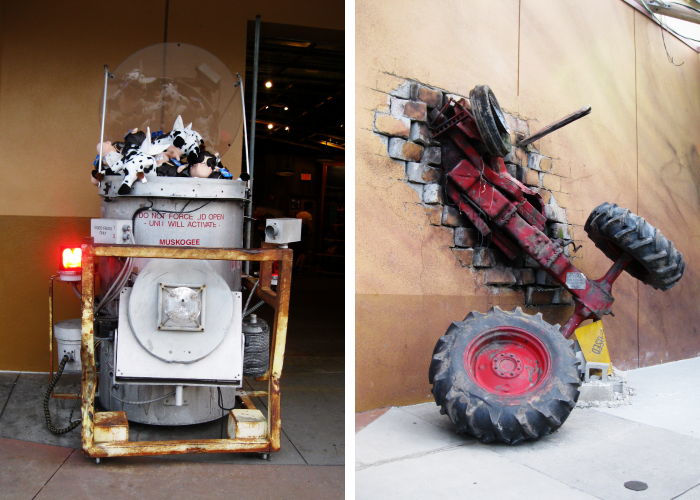 The characters' equipment "Dorothy" and a tracker set outside the building. 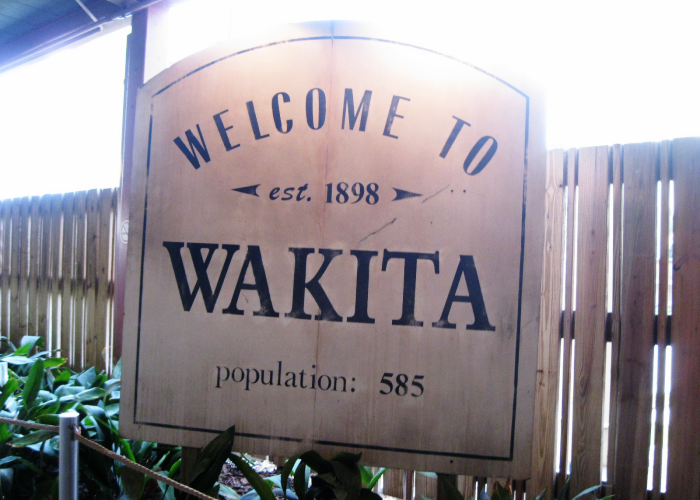 A sign of Wakita, Oklahoma - where the film is set 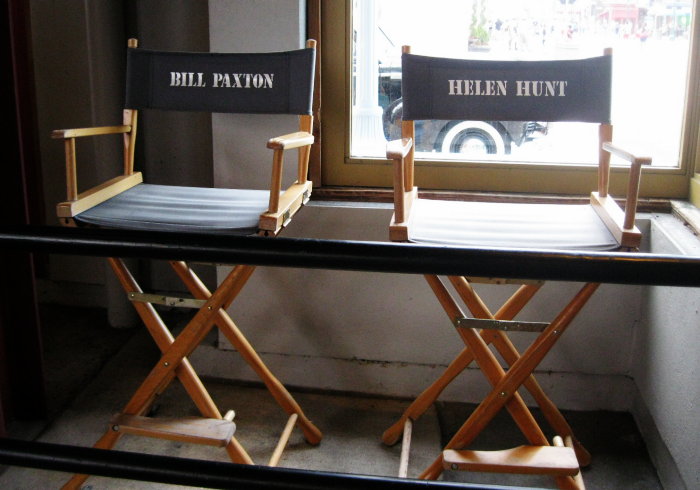 Director chairs of the films' stars 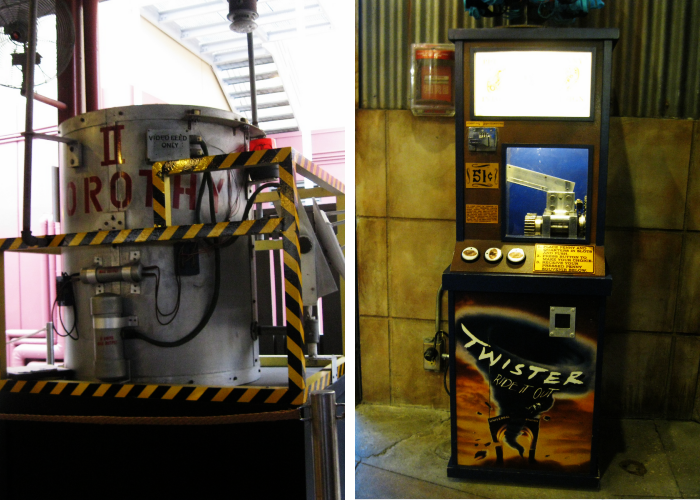 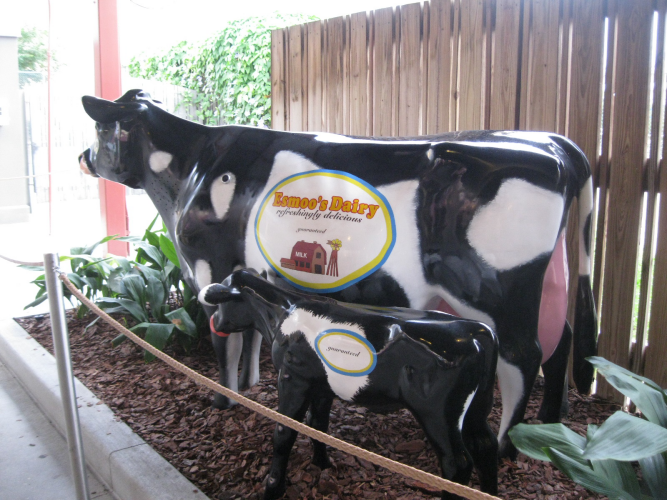 Cows - a nod to the famous line from the film
Here is part one of the ride - the introduction before the stage production. 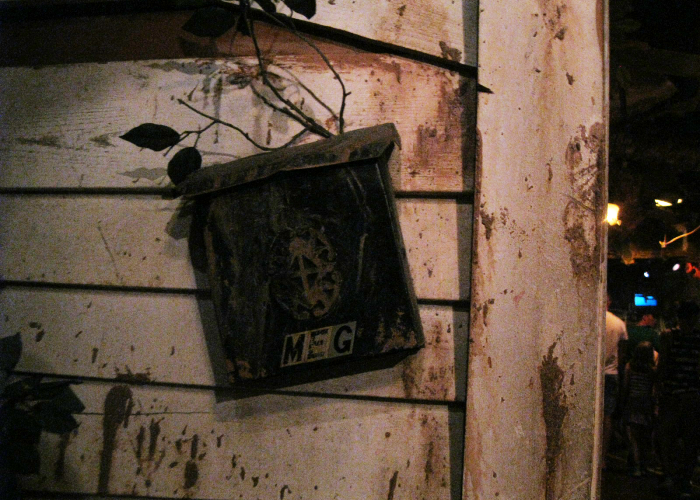 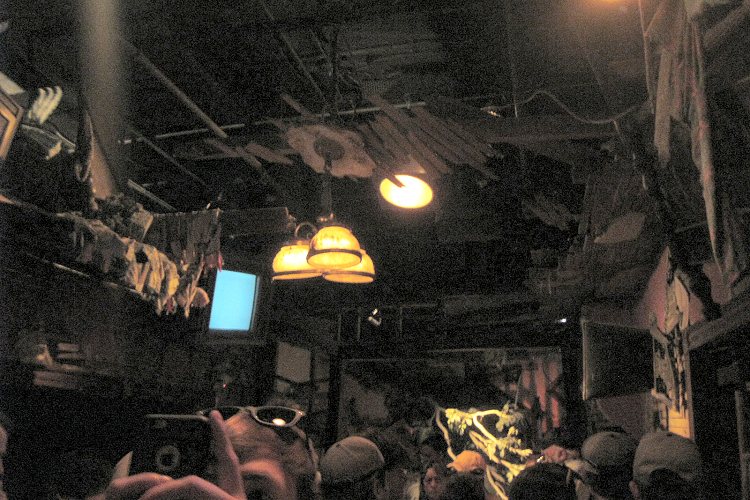 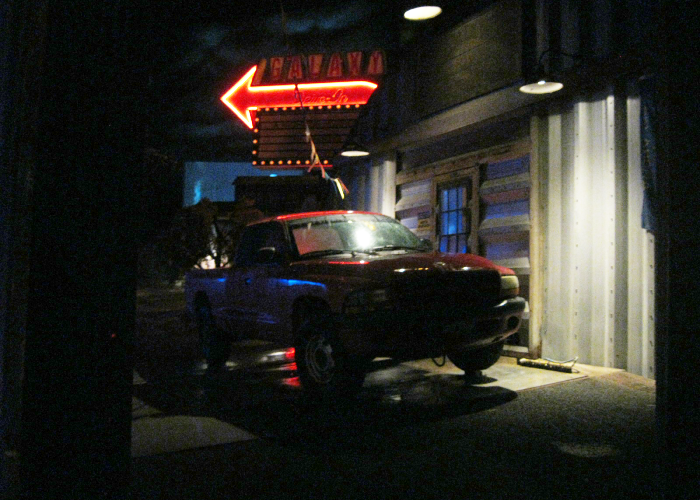 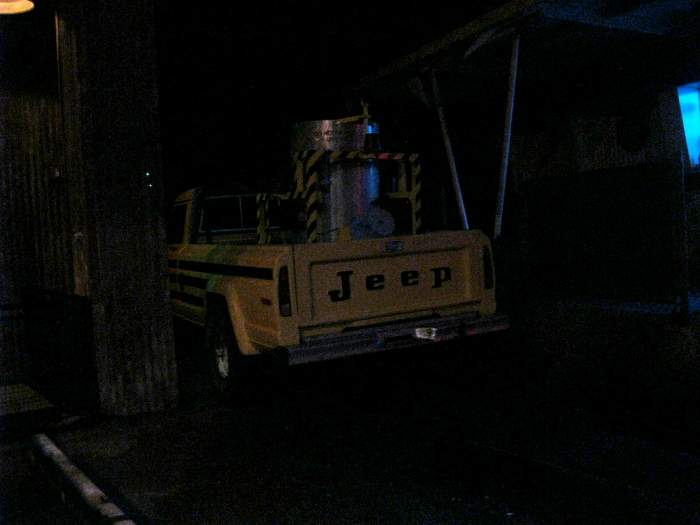 Jo's truck on the other side of the in the drive-in set
If you want check out the entire experience of Twister: Ride It Out, you can watch it here on YouTube.
at February 15, 2015