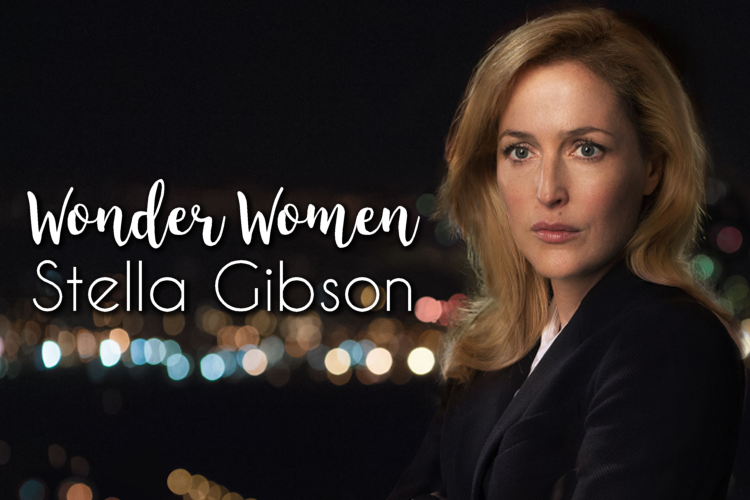 Over the past year, BBC made waves around the world with The Fall. Created and written by Allan Cubitt, it has become one of the vastly most popular crime shows in recent history. Centered around a handsome psychosexual serial killer Paul Spector (Jamie Dornan) of professional brunette women in their 30s, Detective Superintendent Stella Gibson (Gillian Anderson) trails his violent depravity in Belfast, Ireland.

At first, I streamed the show on Netflix because HELLO, DORNAN with a beard. Instead, it was hard not to fall more in love with Gibson and Anderson's precise and gratifying performance. In fact, she inspired me to start a new series Wonder Women, which is my attempt to shine a light on fascinating and versatile female characters.

Who is Stella Gibson? is a question that has been popping up across the internet and entertainment industry. In profiling Gibson for Yahoo (1), Anderson mentioned how her character is often described by others as cold, which I deeply disagree with. Brooding is often used to describe male characters, but Gibson is a fine example of the word too. Brutally self-aware also comes to mind.

Called in from the London Metropolitan Police, Gibson is tasked with solving the murder of an architect. As she dives into the case feet first, quickly more clues subject the crime to being more than a homicide but an onslaught of women around Belfast. Instead of serving viewers of The Fall a tough female cop trope who tightly holds back tears until she is in the privacy of her apartment or wields her superior authority over those around her to solve the case as fast as possible, Gibson is verbally aggressive, level-headed and emotionally layered power figure.

Like Clarice Starling of The Silence of the Lambs, Gibson is a blond beacon of light in a dark world that attracts creatures on a spectrum of violent sexual predators to colleagues lacking everyday morals. Paul Spector is more than a man on a mission but a monster, and she is more than familiar with the right and wrong moves needed to track him down. She is not someone wasting her time wondering how people will handle her as their new female boss. When the case moves in sudden and unexpected directions, she doesn't allow emotions cloud her judgment. Instead, the show moves swiftly along for Gibson to shut down sexism and misogyny in other facets. 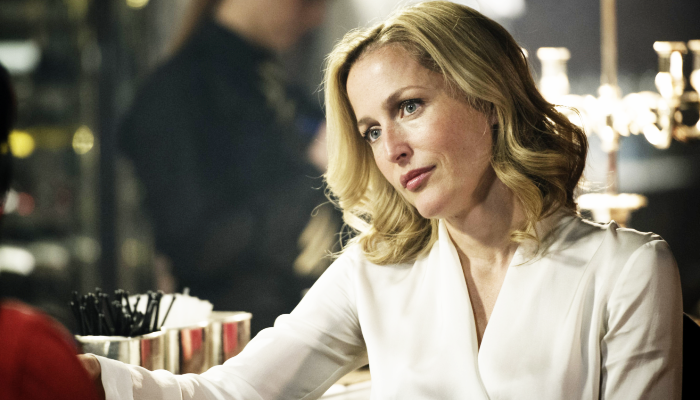 As steely as she is on a day-to-day basis at work, Gibson is a magnetizing presence in her private life. In most off-duty encounters, Gibson remains emotionally distant. I wouldn't say wholly desensitized, but similar to men in general, she explores her sexuality without the compulsion for intimacy or attachment afterwards.

In the first season, she invites a fellow cop into her hotel for a libidinous visit. When it's later revealed that he was a married man, Gibson is put on the chopping block for having such an intimate yet brief affair. Instead of shutting down to patriarchal finger-pointing, she defends herself by saying he hadn't made it his relationship known to her.

A debate drawn up about The Fall is whether its content is misogynist for its depiction of violence against women - though brutal, it is not necessarily gratuitous. Anderson admitted in an interview Gibson had been raped in the past (2) and that does not mean her experiences then-on are unhealthy. Refreshingly, Gibson isn't using her body to teach him a lesson or complete a sense of self-worth. She has physical needs and finds mature partners to meet them.

Brazen and fiery, it's not long before her private business becomes public. And, for all intents and purposes, while her male colleagues are quick to judge her open expression of sex, she has the ability to immediate shut down their judgment. While so many female characters in sitcoms and dramas are forced to elude their utter obtuseness about their own body and desires, Gibson has a life beyond the precinct private for herself. And, if anyone tries to needle their nose into her affairs, as she puts it: **** off.

Physicality, in The Fall, is a powerful force often wielded by men capable of enacting swift pain over anyone in its path - mostly, women. Gibson's main line of defense and expression is by being outspoken - yet none of what she says is offensive or degrading. She shares her opinion without enforcing an attitude of obnoxious superiority. In no way does Gibson speak to others with malice or contempt, but solicits honest rebuttals that mirror most of the male characters' poor judgment. She has a way of thinking ten steps ahead of everyone, and without going all Sheldon Cooper on her "subordinates", she is self-possessed and cool-headed. 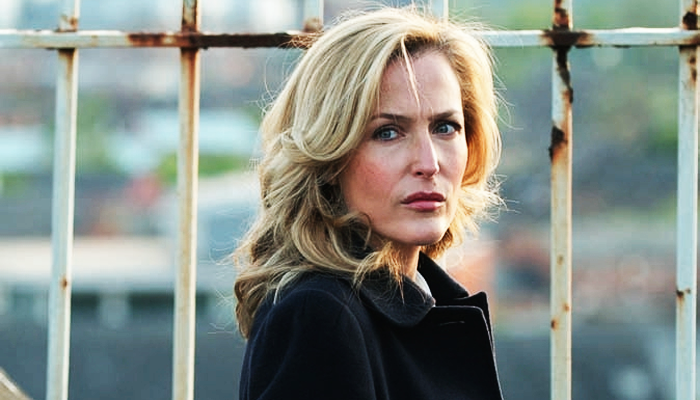 The episodic scripts achieve Gibson's maturity by not making a big Ta-Da about her actions or decisions - which are never scandalous, delivered with an over-the-top moral authority, or without reasoning. Her ability to intelligently keep people on their toes is never aimed at undermining others. She understands and dissects people equally no matter their decree in the department or walk of life.


What if he kills a prostitute next? Or a woman walking home drunk? Late at night in a short skirt? Will they be in some way less innocent therefore less deserving? Culpable. The media loves to divide women into virgins or vamps, angels or whores. Let's not encourage them.

A recurring piece of advice Gibson gives to her detectives is to listen and not be forceful in drawing out answers. It's a tactic of winning over the suspects' trust but also signifies a skill that Gibson excels in. As direct as she is, Gibson is not without feeling compassion for the victims. Perhaps this is her biggest strength. For the victims and as someone who is extraordinarily self-aware, Gibson can feel beyond those around her who see the situation at face-value; a man killing women. Instead, she understands the serial killer's psychologically and is still able to emotionally put herself in other people's shoes.

While The Fall thoroughly displays the duality of the main characters Spector and Gibson and how they relate to each other, I ponder over how the show is being seen as feminist. Mostly, I believe it's because of Gibson. 50% of the show's content caters to Spector's story and the other half to Gibson: independent, graceful, sexy, and tough-minded.

Yet as there is a lot of focus on the male versus the female world of The Fall, woman to woman contact is not often highlighted enough. A strong source of connectivity comes from Gibson's ability to connect with her feminine counterparts. Gibson is surrounded by peers who are equally capable at their jobs, families, and love lives and do what needs to be asked of them to catch Spector without getting too self-assured.

Another way I'd like to describe Gibson is that she is self-contained and direct. Nothing of what she does is a spectacle. Just like she is capable of handling one night stands at her discretion, at work she is simply in charge just because she is; no big show of trying to meet expectations or being overly concerned with self-doubts. Cubitt doesn't preoccupy the show with circumstances trying to prove whether or not Gibson is capable of handling this case; she just is and she does it pretty bad-ass.
at January 24, 2015