In Defense of Beth Greene 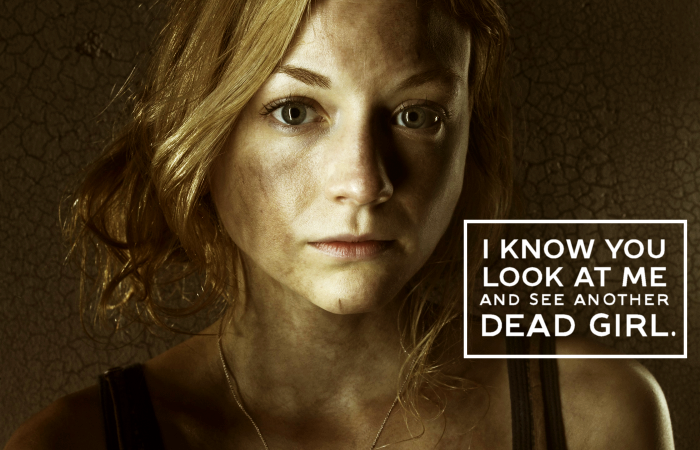 Beth Greene is not on most fan's radar from The Walking Dead. As a minor character shown by the writers when the storylines call for it, she is not a central figure like Rick Grimes or Carol Peletier who carry the brunt of securing protection through violence. As a young adult and mother figure, Greene's importance to the group (or lack thereof) opens up an intriguing discussion about the role of a survival in the walker apocalypse.

At the beginning of season two, the Greene family was introduced; a small religious-minded clan living on a peaceful, isolated farm out of the dog-eat-dog climate. Their knowledge of the world coming to an end was mostly shown to them through the television and various happenings with members of their community. In the safety net of their barn, they didn't square off what Rick and his group had to deal with: violent invasions of walkers into their camp, scrounging for food and water, and dealing with dissension between the ranks.

Hershel, the patriarch, believed that "walkers" were still people; sick beloved relatives and neighbors that could eventually be healed. He didn't see the decrepit animalistic creature called a walker/zombie/etc. but the person he or she once was. This notion was carried down to his daughters Maggie and Beth. The former followed in his footsteps until one of those "persons" tried to kill her. She accepted various normal aspects of her previous life but that these walkers were real threats. Meanwhile, Beth was continually sheltered by the good intentions of her father, no matter how distorted they were. She was still a loving, optimistic teenager who thought her "ill" mother would be cured and come back to her one day. 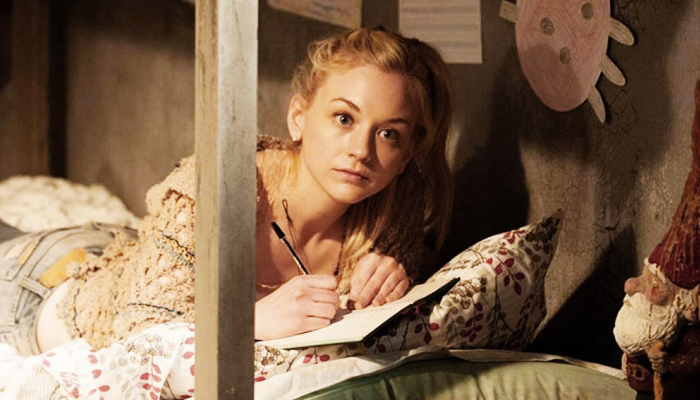 Beth's rose-colored perspective is a primary characteristic of how she is defined throughout the series. Compared to other characters both major and minor, she doesn't get her hands dirty by slaying others, even in the name of protecting her loved ones. Her battles against walkers is so limited, her assumed inability to physically defend herself is often criticized. What Beth is overlooked for is that when the going gets tough, she doesn't run. She did that once and realized that's not what she wanted to be defined by.

Her and Herschel's veil of the real world was eventually removed but not by their own making. When a member of Rick's group discovered that the Green's barn was full of walkers, all of the zombies were systematically murdered in a savage bloodbath. One of the victims was Beth's mother. Crying over her dead body, her mother reanimated to life and tried to attack only to be killed again. This didn't permanently remove Beth's ability to cope with the apocalypse but stinted it.

At this point in the series, fans and critics disagreed about how the season was going. Violence didn't occur enough to satisfy our bloodthirsty crazes and it was the first dose of watching character-driven episodes rather than ones of intense action. A high point on Beth's storyline wasn't intriguing to most people and often that neglect is a sad side-effect of why she is overlooked.

Bed-ridden and nearly comatose, Maggie tried to call her sibling back into being reminding her of how life used to be. When Beth eventually came to, she wanted to commit suicide. Once she started her attempt, she immediately regretted it and was saved by Maggie in the nick of time. Not many seem to grasp that in a world where you are either the undead, or trying not to die, one young woman chose to live. Her decision planted a deeper faith in how she wanted to be; live as normally as possible and be of service to others. 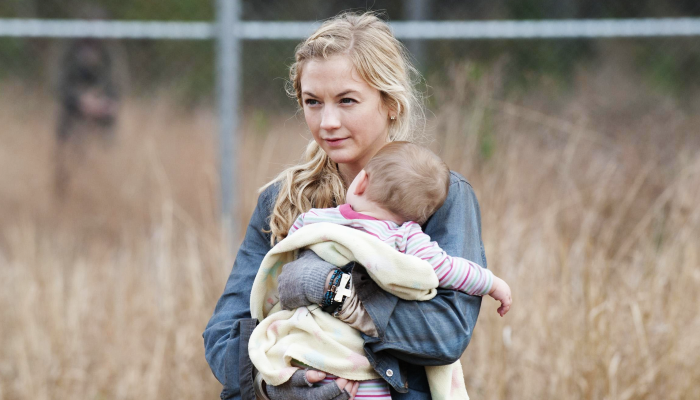 A popular conversation of topic on AMC's chat show Talking Dead is the kill counts characters hold; someone is always measured by the amount of blood and gore that they cause. Similarly within the "dead" community, it seems if you are not strapped to a weapon at all times, you're not pulling your weight.

Within a debate during 18 Miles Out, Lori and Andrea argued over each other's roles within the group. Lori was a homemaker trying to make life stable while Andrea acted as a terrible-shot guard like one of the boys. Those roles eventually ended up restricting Lori from evolving in the dissolution of her marriage and affair, and entirely regressing Andrea in the third season to being a wide-eyed innocent lover to the Governor. Their debate proved a point that Beth learned from her father: everyone has a job.

During the end of season two, the barn came under attack from walkers and the group moved into an abandoned prison. After losing his wife in childbirth, Rick "took a trip to Crazy Town" leaving his son to be taken care of the rest of the group. Beth became a mother figure to his newborn baby Judith. While other characters stepped up to the plate of their roles like going on runs and defending the camp, Beth became a mother to Judith. Other female characters tended to different issues i.e. Maggie was sexually assaulted by that season's finale known as the Governor, and Carol began protecting the grounds by setting up perimeters, killing walkers, etc. Well into season three Beth took care of Judith, devoted her time to the infant and tried to lead as much as a normal life as possible; writing in her journal, having a boyfriend, and learning to accept what was going on. 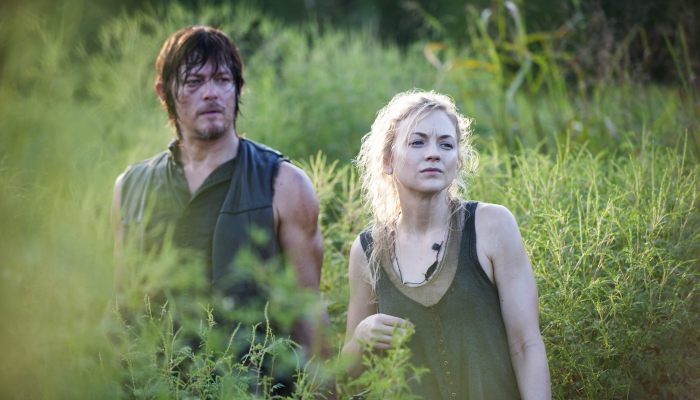 As season four emerged, the group made a sanctuary for the citizens that the Governor abandoned and a council was formed; Hershel, Glenn, Maggie, Carol, Sasha and Daryl oversaw the major issues of the prison and consulted with Rick occasionally when they need his help. It's interesting that even though Beth had as much longevity as everyone else (even longer than Sasha), she wasn't promoted to a higher role. Neither did the council agree that it would be necessary for all the adults to learn how to defend themselves in case of an attack, which would include Beth. The small amount of weapons were supplied to those who were deemed capable of using them, which ultimately meant the group relied on only a handful to defend their territory. Had Beth been shown how to use a gun or been actively involved in doing runs, she would've seen (by the audience at least) as more beneficial. But her role isn't to be like everyone else.

When the prison was brutally destroyed by the Governor and the group was left to fend for themselves in the surrounding forests, two episodes were dedicated to Beth and Daryl. They didn't know whether the rest of the group had been killed, and the remnants of the slaughter was a source of dead air between them. Their tactics for persevering was shown through the duality of their personalities and life experiences. Beth was still holding onto hope that her sister and the others were still alive. Though she didn't have the ideal strength to slay people or zombies, she still made it. Daryl was always capable of defending himself and others, but he retreated inward and removed any hope or attachment to her and those he assumed they had lost. Their physical stamina didn't make one right and the other wrong, or one better than the other to persevere, even if Beth's is deemed less valuable. 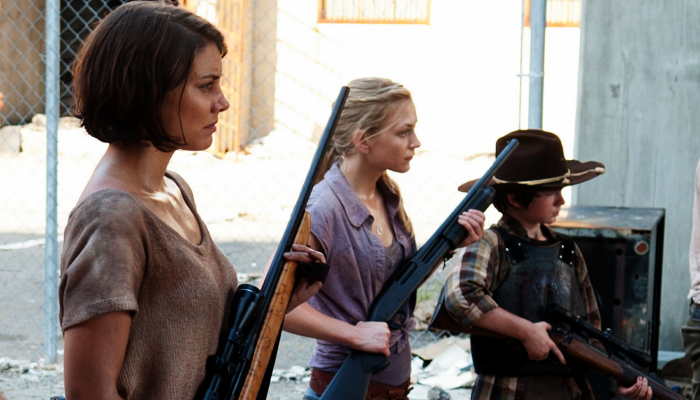 Do you have to eliminate or decrease your sense of humanity in order to survive? This is often a theme and question raised on The Walking Dead, and the answers vary with every character.

In an apocalypse it's fair to say that only the fittest survive but what does that necessarily entail? For all the characters whose roles include combat, many emotionally cracked under the pressure like Rick, Carol and Michonne. They have been able to come back from a point of no return while Shane, the Governor and the Termites didn't. Others can still recognize that they don't have to resort to merciless still pull their weight like Maggie, Sasha, Tara, Hershel, Glenn, Carl, Tyreese. Some are the butcher, some are the cattle. Some don't fall into either category.

I like to think that Beth falls under the Dale department: "This world, what it is now, this is where you belong. And I may not have what it takes to last for long, but that's okay. 'Cause at least I can say when the world goes to shit, I didn't let it take me down with it" (Pretty Much Dead Already ). Beth has been emotionally and physically put through the ringer just like everyone else, but she manages to maintain a balance between giving into grief and the ruthless nature of others and not giving into it. Weapons aren't the only line of defense that keeps people alive; there's also instincts, reflexes, and thinking on your feet - actions that we haven't seen Beth do yet. So Beth is not Michonne, Rick, Carol, Maggie, Glenn, or Daryl. Her hands don't have to get dirty and neither does her heart. You gotta give the girl credit; she survived too.
at October 23, 2014