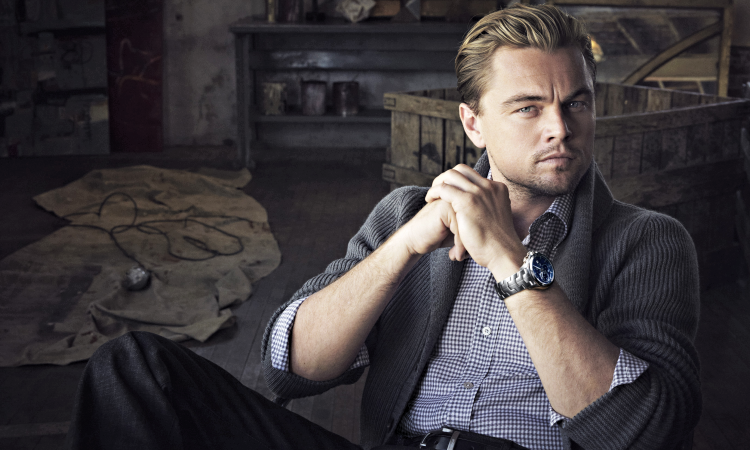 As far back as I can remember, Leonardo DiCaprio has been one of my favorite movie stars. The tall tale of his fans' adoration is an extraordinarily common one: young girl watches Titanic (or Romeo and Juliet), falls in love, and continuously cries out for the subsequent snubs he's received with every Academy Awards ceremony.

Rewind back to my 1997 where every friend, friend of friend, and relative took me to see Titanic - a film about two fictional passengers from opposite social classes who fall in in love on the fated ocean liner. The chemistry between the film's stars Kate Winslet and DiCaprio radiated on-screen making it easy for the world to fall head over heels. As I grew up, most movies of my teenagerdom fell to the wayside except for Titanic. Its intricate production was filed into my fandom archives under "I Will Defend This Movie Until My Last Breath". And, DiCaprio remained a hardcore favorite.

Pinpointing the exact origin of my love for his work is difficult. His good looks probably played a role a long time ago, as time has passed, his ability to move from teenage heartthrob into mature actor has become an increasingly influential quality I've admired.


By 2010, Leonardo DiCaprio had teamed up with director Martin Scorsese for the fourth time when they adapted Shutter Island to the bring screen. Throughout the year I truly enjoy watching this movie, especially to get into the Halloween mood. Dramatic, beautifully composited, and wonderfully acted, one of cinema's most formidable duos forged a flawed semi-masterpiece in misdirection.

Set after World War II, U.S. Marshal Edward "Teddy" Daniels (DiCaprio) is brought in to investigate Ashcliffe Hospital, a psychiatric asylum that houses criminally violent patients on an island. Paired with a new deputy (Mark Ruffalo), Daniels interrogates the whereabouts of a missing patient Rachel Solando. Security, nurses and the psychiatrists in charge are disturbing reserved and calm. Daniels attempts to get to the bottom of the truth of the case but battles more against his own sanity.

In cinema, asylums are a gold mine for genres like drama and horror. Female characters are often the chosen victims entered into a mental health facility by families that don't understand them and societies shunning their breakdowns or disagreeable personalities from the public e.g. The Snake Pit, Girl Interrupted, Sucker Punch, and Changeling -to name a few. The characters are often locked away by stern and impatient overseers who are forcing them to feel like they are "crazy"., Usually it's up to the audience to decide who is more unhinged: the authority or the out-of-control sufferer. In Shutter Island, a different take is used not only with a male character as the main protagonist but also the setting itself and its inmates.