Let's Go (Back) To There: Lucille Ball Museum 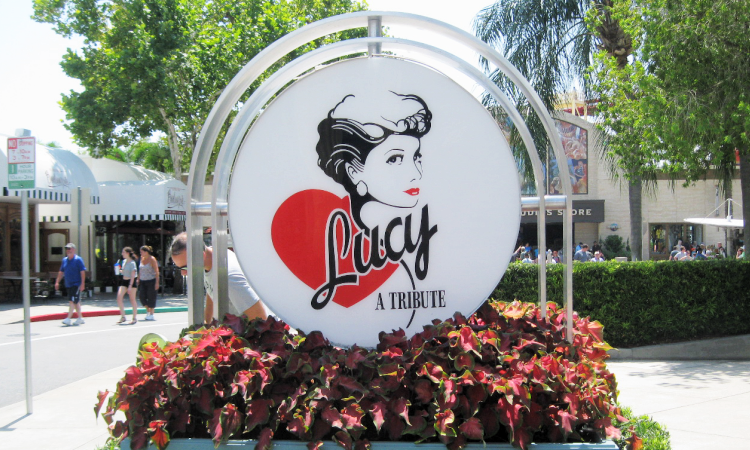 Attractions may seem like an odd thing to lament over. If you ever visit a coffee shop or pizzeria or library that's apart of your weekly or every day hangouts, and suddenly it's just gone or you're given the news it's going to close forever, you might know where I'm coming from.

Theme parks and their rides or shops were a big part of my life growing up, having either visited them every year as a family vacation or lived close enough to be able to visit them all the time. 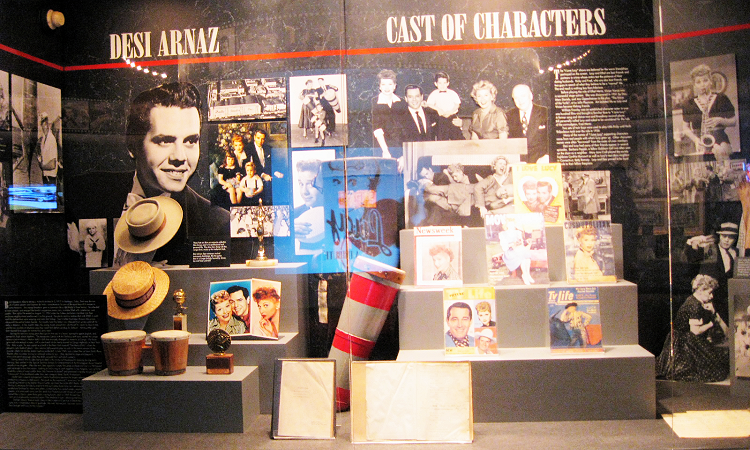 One of my places to visit has been Universal Studios Orlando. Last year though it's been difficult to say goodbye to some of my favorite attractions. Two of which closed forever. The first was Twister, for which I was really lucky to be apart of it's last operation day.

The other was a tribute to Lucille Ball, but unlike the walk-through to my favorite movie, I didn't experience the same bittersweet departure of another childhood staple. Instead, one day I walked into the park and the building was all boarded up. I had missed the announcement it was going to be replaced with Hello Kitty, so POOF - it was gone. 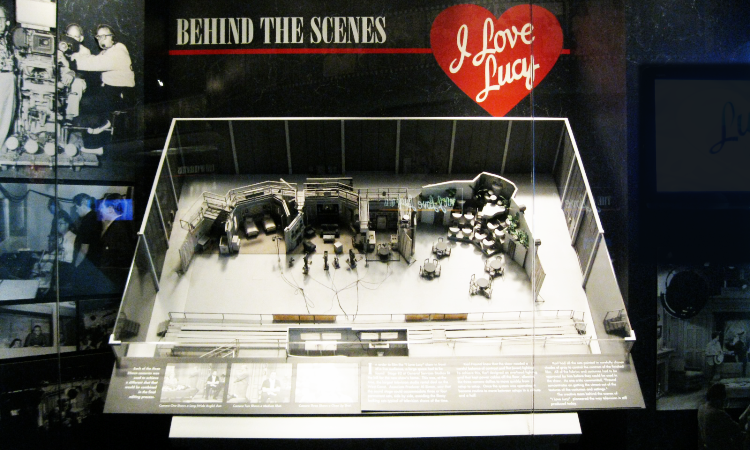 Universal Studios didn't have a lotta 'splainin' to do about the museum's departure. The museum was getting less and less space to make way for Betty Boop merchandise, which didn't seem to do any better or worse than Lucy's merchandise. Their trivia game section worked less seamlessly. That screen of which I watched the montage became dustier and dustier. Sometimes I wondered how much of my own dust was apart of that screen 'cause I visited the place to so much. 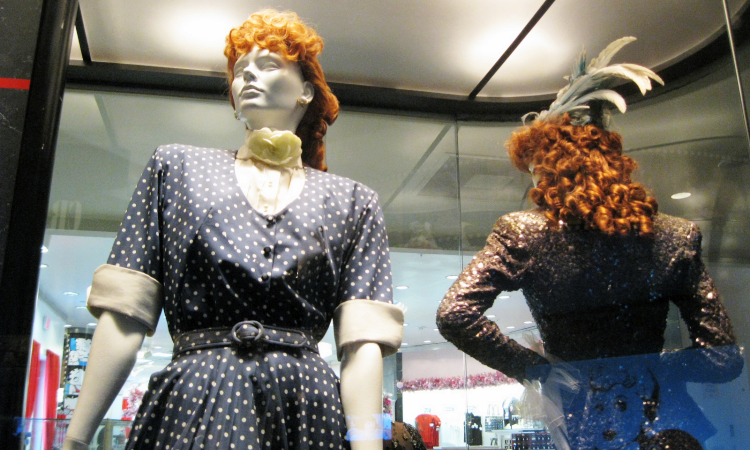 As less and less of Lucy's shows played on television, the Lucy museum became a haven for me and part of my "park routine" as a teenager. When we first hit the Universal Studios Orlando entrance, I always met my mom and sister inside the museum as they went walked through the main street bakery. I'd watch a few moments of an episode I knew by heart on a faux retro television set, and then head into the museum to be comforted by Lucille Ball's costumes and props.

Even though the museum was fairly small and nothing for anyone to get lost in, where my mom and sister could always count on finding me was sitting center of a rug with a big red heart on it. On the big screen, a montage of her shows I Love Lucy and Here's Lucy played. No matter how many times I'd seen it before and practically had the entire thing memorized, it made me so giddy to see Lucy's rambunctious schemes again. 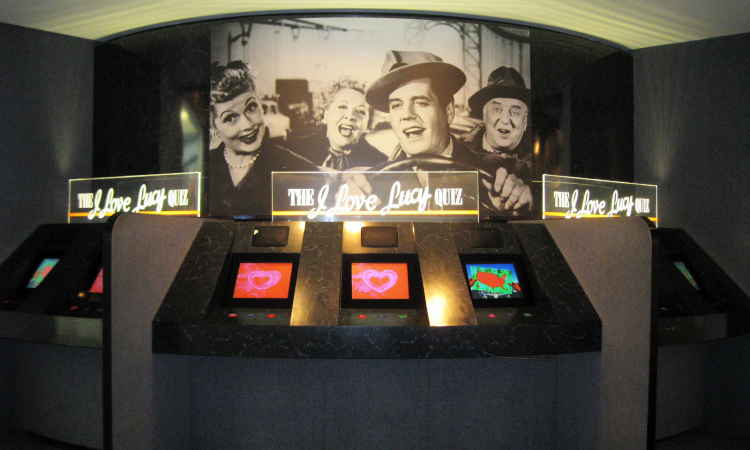 The Lucy tribute wasn't just a place to goodbye to. I Love Lucy was a big part of my childhood. I didn't wake up watching cartoons or the Disney channel before heading off to school. Instead Lucy and Desi were apart of my morning routine. I watched reruns of I Love Lucy and The Dick Van Dyke Show taking in their comedic timing and hoping I could be apart of that Classic Hollywood landscape someday. Apart of the museum gave me some of those same feelings I had as a kid. Walking down memory sure wasn't easy, but it definitely was a lot of fun. It's such a comfort that people still know her name and legacy.

Happy Birthday, Lucy! Thanks for your comedic genius!
at August 06, 2016 No comments:

Brilliant Acting Defined by One Look

Brittany at Rambling Film shared a great idea of Brilliant Acting Defined by One Look. Upon reading her awesome list, I was immediately excited to comb my favorite expressions that are unforgettable.

Sometimes during award show season it's easy to get caught up in the loudest performances; comedic actors who prove they are capable of being dramatic, actors who physically transform to the point of being unrecognizable, and life-changing themes that strike everyone's heartstrings. The most natural and memorable moments on film sometimes occur the most strongly when looks speak louder than words. I'm sure there are plenty more choices I could've added but I left this list at a solid ten picks. I hope you enjoy (thank you Brittany)!

Uh oh, Lucy is up to no good again. All Lucille Ball had to do was give a glimpse at her husband Ricky, or friends Ethel and Fred, for us to know she was up to something. This crazy redhead was able to distort her face into so many wildly comedic and expressive looks. I don't think there's another comedienne who'll live up to the same amount of physical comedy.