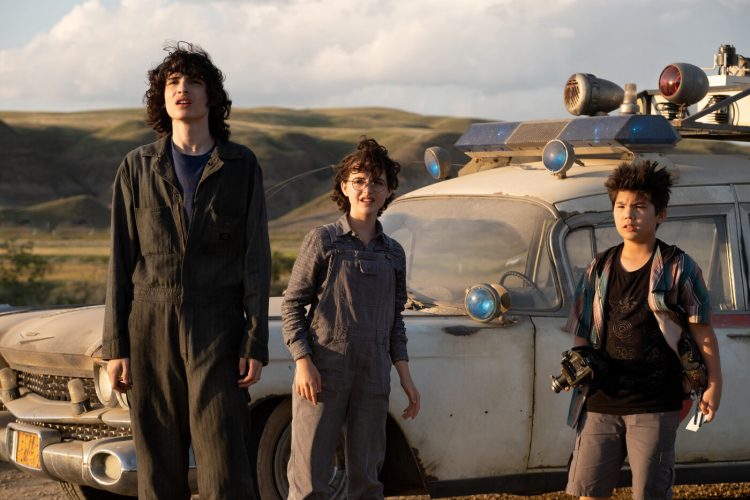 Do throwbacks make the movie? is a question that has been on my mind with the current string of beloved franchises - specifically ever since Avengers: Endgame . Since the 22nd Marvel film and the end of an era delivered a soul-satisfying ending for me as a Captain America fan, I shouldn't complain. But it's lack of a tight script and loose threads back down memory lane simply doesn't compare to the leaner, meaner and more tension-driven conflict of  Avengers: Infinity War  that always leads me to question 'what if sequels didn't focus so much on fanservice'. And, it's something that came up repeatedly with  Ghostbusters: Afterlife.

With director and writer Jason Reitman's personal attachment to the original 1984 film, it's obvious that this version would try to be a family affair both in production and plot - the grandkids and daughter of Egon Spengler are drawn into an old conspiracy that drove him to the middle of nowhere and face-off against another ancient 'inevitable' ploy towards the end of the world. Any personal connection between characters is a dead giveaway to build a foundation for the second reboot, but the script doesn't feel as confident in its choices.
Like proton packs crossing the streams, the film tries to establish itself as an original YA piece bridging to the original, but before you know it becomes all consumed by connecting every dot towards a throwback. Nerdy and awkward Phoebe Spengler (McKenna Grace) and her friend Podcast (the amazing Logan Kim) drive what could've been a deadbeat summer into an spectral-fighting adventure, unlocking the clues of what her misunderstood and ostracized grandfather left behind.... while everyone else starts out as compelling characters but then end up unraveling as time goes on (Finn Wolfhard, Paul Rudd, Carrie Coon, and Celeste O'Connor). Reitman aims to unravel a new mystery Egon left behind, but can't do so without rehashing the past to the point that the easter eggs run the extreme gamut between earned and forced. Every time the story moves towards establishing more of the new characters, there's always another moving piece that takes it backwards too much. It never quite feels like this cast or characters enacting on a new adventure gets their due.
It's not that this movie isn't a good time at the cinemas. It is. And, after the year-plus we've had with COVID, we shouldn't not feel good about having more harmless fun. There are plenty of laughs and fitting homages, and the beating heart of a disconnected family rehabilitating their legacy is wonderful (again, McKenna Grace embodies a heroine I love now as an adult and makes me sad that 15 year old me didn't have growing up). But eventually, the easter eggs mainly add up to satisfying hardcore fans who are divisive about Ghostbusters 2 and want to completely erase the 2016 reboot as if it never existed. Outside of that, there aren't many risks or originality that makes it stand out from the string of sequels-reboots struggling to follow the footsteps of their iconic predecessors. For a film that remains unmatched by the newer reiterations, when will we accept that the originals are free to be revered  without something shiny trying to live up to its memory.
Rating: ★1/2☆☆
at November 19, 2021