5 things I'd like to see change in the LGBTQ+ genre 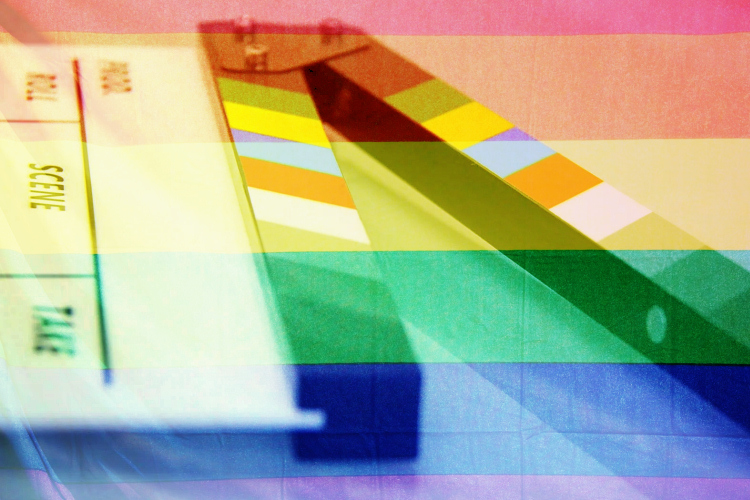 The LGBTQ+ community seems to be all the rage right now in Hollywood. Studios and streaming platforms are moving this genre merrily along on a conveyor belt. The industry is finally making headway to get this important work produced and to realize representation (aka money) matters. But with this progress also comes a certain amount of responsibility that I'm not sure are being tackled well enough.
As someone who identifies as queer, the steady stream of LGBTQ+ films are exciting. But with every new movie, I can't help but feel my hopes and the hype leading up to feeling 'seen' are dashed when numerous projects come across as checking boxes off a list or continuing stereotypes, steps in a lack of inequality, etc.
Since it's Pride month, I thought I'd share some changes I'd like to see in the LGBTQ+ genre.

Most films with the LGBTQ+ community at the center, especially relationships between women, are set roughly between the 18th and mid-20th Century. It didn’t begin with Carol, but it’s hard to deny that a trend of 'by-gone' eras emerged - Portrait of a Lady on Fire, The World to Come, Summerland, The Favourite, Vita and Virginia, The Handmaiden, to name a few.
While I love a good unrequited romance from time to time, always setting these films so far into the past severely doubles down the setting to what society deems 'appropriate' - marriage, procreation, family, etc. between straight men and women. Not only does it overlook that there were queer people who existed outside of the patriarchal / morality iron fist, but the story continues to be the same - a woman stuck in a loveless engagement/marriage with a man until an outcast-woman comes along and is too beguiling not to fall in love with. This approach is a sure-fire way to give everyone the feels, but it also keeps ideas of love and sexuality in a box where the women's attraction is forbidden. When the film ends up centering tension around when one or both of the characters will be found out and (or killed)...that just really kills the mood.

Studies are showing (and have been showing) that sexuality is not a fixed point. Some might always be attracted to a different singular sex, while others discover that they are attracted to the person instead of a specific gender, especially late in their life. However, it’s a common trend in lesbian films where one woman (again typically engaged/married to a man) inherently falls in love with another woman because they spend some time together or fall in love at first sight - Imagine Me and You, The Love Song, Kissing Jessica Stein. But attraction is much more confusing and complex than “switching teams." Most of these films are focused on who has sex with who but not to talk about or circle around the idea of bisexuality, pansexuality, etc. If films are going to broaden away from heterosexual relationships, they need to start exploring how characters explore their sex and express their gender.

Seeing our history on-screen is more or less confined to documentaries. In the absence of more opportunities to cast the necessary actors and gain studio support, this is probably the more reasonable budget-friendly route to go. But I'd love to see more biopics that spotlight historical figures and the evolution of our community so far. I'm just always surprised by the amount of LGBTQ+ people I discover but realize that there's no films - shorts, documentaries, full features, etc. - on them that could spread their story further.
Additionally, it’d be wonderful if the unconfirmed sexuality of real figures aren't changed without the family or estate's approval. Recently, the LGBTQ+ directors of Ammonite and Professor Marston and the Wonder Women changed the background of lead characters' sexuality based on their ideas and context of how people historically concealed their sexuality. Creative license obviously lets the directors do that, but in these two cases, it became a tet-for-tat debate with the subject's family to reject the changes. Even if the "based on a true story" has good intentions, it's misleading to viewers who ar discover the person's identity is more or less imagined.

While plenty of films have been produced over the years, LGBTQ+ films that are not filled with as many stereotypes, characters dying, etc. has honestly just begun. The main identities outside of a cisgender man or woman falling in love with each other are lesbian, gay, or scrapping by with bisexual curiosity. It’s a shame to put this list together and not have enough transgender, queer, pansexual, or asexual films to draw upon, especially people of color. But Pose shouldn't be the primary source of telling Black trans women's stories, nor should a three lined character in a Disney or Marvel movie or two people of the same gender hugging count as someone being 'openly gay'. We need more inclusive stories that cover all identities where their identity is a developing point just like anyone else.

Just as LGBTQ+ actors don’t want to be defined by their sexuality or gender, straight actors don’t want to be limited to playing characters based on their sole life experience. And, I don’t fully prescribe to the belief that straight actors should only play straight actors. However, hiring straight actors has a history of doing more harm than good, especially as it perpetuates the lack of opportunities for LGBTQ+ plus continuing damaging stereotypes.
There's no denying that straight actors are able to green-light projects that might've not been made with lesser-known LGBTQ+ actors. And, straight creators working with queer culture can deepen our experiences such as Barry Jenkins's Moonlight. But as straight actors play multiple gay roles over the course of their careers, they often earn the status of a "gay icon" quicker and more frequently - Cate Blanchett, Darren Criss, Stanley Tucci, to a name a few. While LGBTQ+ actors can't even get in the room, straight actors are outright chosen (Eddie Redmayne over Rebecca Root in The Danish Girl) and are often rewarded for it - without doing much for the community beyond saying 'gay rights' during promo tours or getting nominations (James Corden in The Prom).

Real representation isn't just about seeing a character you can relate to; it's about seeing real people working at the highest of level of the industry." - Vice.com

Additionally, very few heterosexual actors will take the route of Darren Criss to commit to not choosing those parts further, while others become defensive about having the freedom to play anyone they choose. The latter often shows how much LGBTQ+ experiences are overlooked when Colin Firth has said he plays gay roles as straight or Rachel Weisz compared the lifestyle choices of alcoholic teenage-boy chaser Blanche DeBois to the lived identity of a gay woman. LGBTQ+ artists can offer more textured wisdom that goes beyond 'code-switching'. But Hollywood is still very far behind in this.
LGBTQ+ actors aren't able to represent the community for a variety of reasons that involves straight actors adjusting their beliefs about what it means to play characters, homophobia, transphobia, etc. and Hollywood continuing to profit off marginalized voices. Until we reach a none-of-your-damn business utopia where LGBTQ+ people can live and work openly, we need to find a way to focus less on "what it means" for straight actors to peek into the closet. And that starts with more equity and opportunities from the bottom to the top.
at June 19, 2021