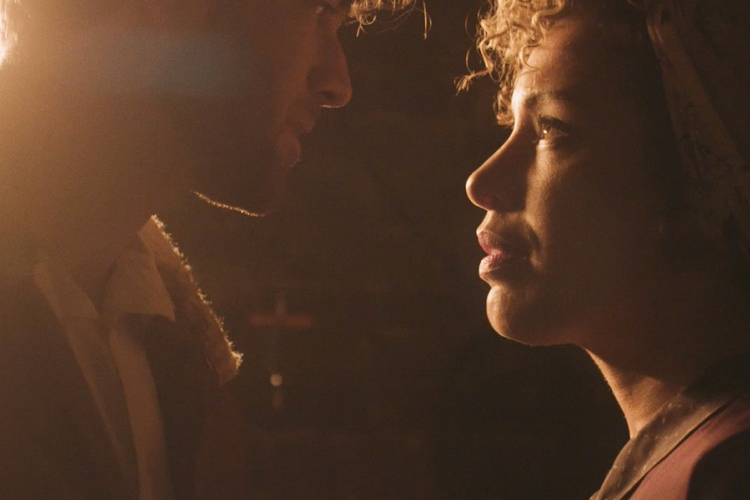 Two former lovers Lily (Sam Simmons) and Jacques (Peter Christian Hansen) reunite for a play and face the consequences of a past secret that threatens to tear them apart forever.
As a debut short film by writer Ruth Maramis of FlixChatter, Hearts Want offers a satisfying deep-dive about love and loss in such a short running time and the potential to see it as a feature-length film. Though it's only about 15 minutes long, sparks fly with the chemistry and character development to invest yourself in Lily and Jacques's relationship right from the start. The unspoken connection between the duo lends to an established repore between the Simmons and Hansens' performances and lets the conflict between their characters - a secret Lily is holding onto and vices that sweep Jacques away - culminate on its own.
Maramis's script doesn't let one scene go to waste in building the tension between the two leads, the impact they have on each other after years of separation, and where it could lead. Her strongest suit is that both are not particularly demonized for their past or choices - they're both flawed characters who will need to find a new way of dealing with a big secret. If given the space for a feature length film, it's easy to imagine how the story would progress with more of Maramis' inspiration from Jane Austen's Persuasion and build further with an in-depth running time and story. Director Jason P. Schumacher also maintains a steady hand with the pacing of every scene from a brief glimpse of the characters' reuniting on stage to the more coarse drama going on off of it.
Hearts Want is a sound short debut that is worthy to check out. The film has gained recognition in festivals around the world including Best Audience Award at The Twin Cities Film Fest. It's available on Amazon Prime with a subscription as well as to buy and rent.
Rating: ★★★
at May 25, 2021