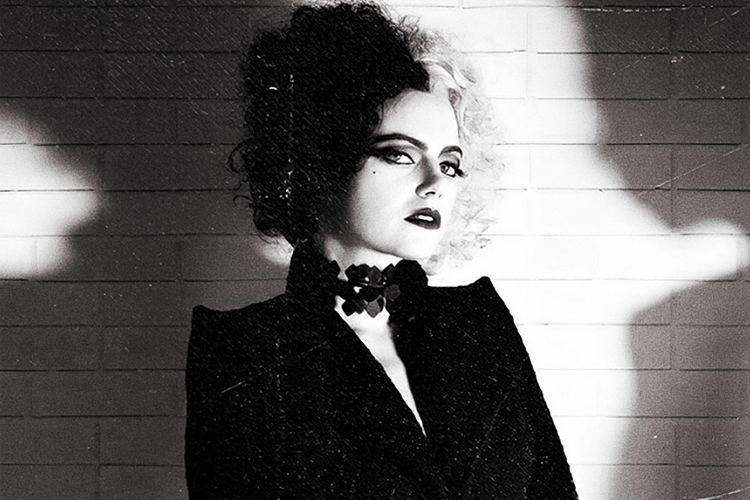 Young trouble-maker Estella (Emma Stone) teams up with a pair of crooks Jasper (Joel Fry) and Horace (Paul Walter Hauser) after a tragic freak accident leaves her orphaned. With a deep ambition to become a fashion designer, Estella is spurned to transform into her alter-ego Cruella de Vil as she faces off against the industry’s most influential designer Baroness Von Hellman (Emma Thompson).

Though I’ve always had a soft spot for Disney’s villains, Cruella de Vil is my all-time favorite. Of all the antagonists who harbor reasonable motivations for why they turned evil, she’s always been point-blank ruthless for ruthless’ sake –there aren't too many ways to justify someone wanting to kill animals and dogs for their fur to satiate their ego. The news of her origin story in the works initially disappointed me because she'd inevitably be altered to be more marketable. But after finally seeing the latest version, this is the first in a long time I got that can't-help-but-smile kind of excitement when the credits hit. Because it’s not too shabby.

To be fair right off the bat, Cruella probably isn’t entirely original enough to probably warrant such a refreshing enthusiastic reaction. And her arc immediately fell into my reasons for having self-doubt.  The changes I feared that made her more of an anti-heroine, even protagonist, came swift and forced me to shift my expectations. Getting a trusty cute pooch for a sidekick in the first ten minutes pretty much defined that she wasn't going to be the pure-bred heartless madwoman we're used to. Instead of honing in on her iconic wretchedness, this Estella-turned-Cruella becomes more of a girl boss with a vendetta that you can root for as she causes glorious chaos all over town. Her main motivation is to take down  Baroness, who steps up to the plate of de Vil's past villainess means. As Cruella pushes the envelope to destroy Estella, there’s a deep-seeded joy watching her push herself until she’ll get what she wants.

Similar to films setting up other villains like Maleficent, it wouldn’t be an origin story if there wasn’t a twist or twist upon twist upon twist. Though the film gives Estella plenty of time and reason to create and own her alter-ego, the script keeps the cards that connect her to and Baroness close to the vest for an indubitably long time. This doesn’t necessarily mean there are a lot of wasted scenes. But the film strives to be a heist-fueled The Devil Wears Prada, and ends up struggling to move their arcs in a way that doesn't feel like it's checking boxes off a list. Because both women’s desires are to be on-top and leave everyone else in their wake, half of the ensemble - mainly minority supporting characters – don’t seem to be in on the story; they 're close enough to be in Cruella or Baroness's inner circle, but not enough to be chess pieces in their game or have independent agency. Most of the characters get out of the leads' way, which plays into their maddening genius and narcissism, but it doesn’t flesh the plot out beyond the twists.

And it’s that precise indecision of the overall story that also clashes with Disney’s black-and-white vision of the 1960s / 1970s. As a capitalist conglomerate, it’s ironic that Disney feels it can be an authority, even a popcorn popper entertainment one, on counter-culture. In the same vein of Captain Marvel, set in the 1990s, Cruella struggles to have any political or societal signs of its setting besides music or fashion. Though the latter is a dead-giveaway, Disney focuses on making sure you know this is set in the 1960s mainly with the soundtrack. It’s filled to the brim with every tune you can imagine, many of which (eventually, annoying) end up not fitting the emotion or moment on-screen. Nicholas Brittell’s score has the right inflection of madness and rock, but it’s not particularly memorable. Cruella's independence and imagination are certainly wicked, but setting her in a time period that doesn't take advantage of that history beyond surface-level feels counter-intuitive.

Even with these downsides, it’s still a film that’s impossible not to love. As much as the script or world-building isn’t fleshed out, there’s a liveliness here that other live action adaptations like The Lion King, Aladdin, and Beauty and the Beast are sorely missing. Cruella’s schemes and motivations, plus plenty of fabulous ruckus moments and punchy one-liners, end up making the film bad-ass but not contrived. It's the direction and performances, specifically, that strengthens the story and makes it feel more new and fresh than it really is.

Though Baroness was definitely in Thompson's wheelhouse, and does a marvelous job at being intimidating and wildly charismatic, it’s Stone that deserves special appreciation for not making Cruella too much of a caricature. Not only does she have clearer motivations for Estella's downfall and transformation into Cruella than the script does, she also dons the stunning costumes and split wigs with an unique combo of slithering confidence and doe-eyed charm – when the splendid costumes by Jenny Beavan could’ve easily over-dominated her. Additionally, Joel Fry as Jasper Badun and Paul Walter Hauser as Horace Badun also feel like they came straight out of the original flick without being too on the nose. But it's mostly Stone's ability to carry the film as if Cruella’s coming for the Baroness with everything she’s got, and you’re here not to just enjoy the ride, but relish it.

Cruella might be a far-cry from Gillespie's fourth-wall breaking biopic I, Tonya, which blurred the lines between predator and prey about Tonya Harding and her husband’s attack on fellow ice skater Nancy Kerrigan. But his direction is just rustic enough to color outside the lines of Disney’s typical formula. The cinematography and production design, in particular, exudes the maniacal energy of the animated film and the ‘realism’ of the 1996 adaptation starring Glenn Close (my favorite live action film still so far) that makes you feel like you’re watching a loose combination of both. Yet it still manages to stand out on its own by not being a direct prequel to 101 Dalmatians. Despite the over-crowding of needle-drops and thinly-veiled punk-rock ambiance, there’s an infectious freedom in how the film recreates Cruella with sensible yet unbridled enthusiasm. She doesn’t manage to entirely break free from the Disney-formulaic leash, but her rebellious nature is palpable enough to still love her in all her batshit, now semi-humanized, glory.