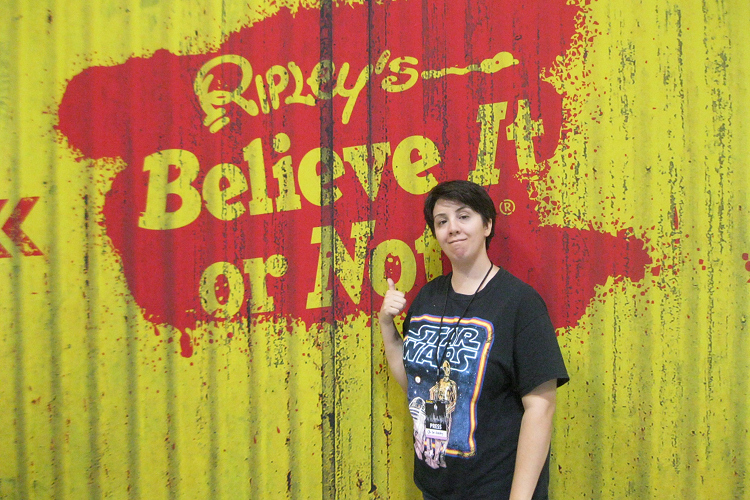 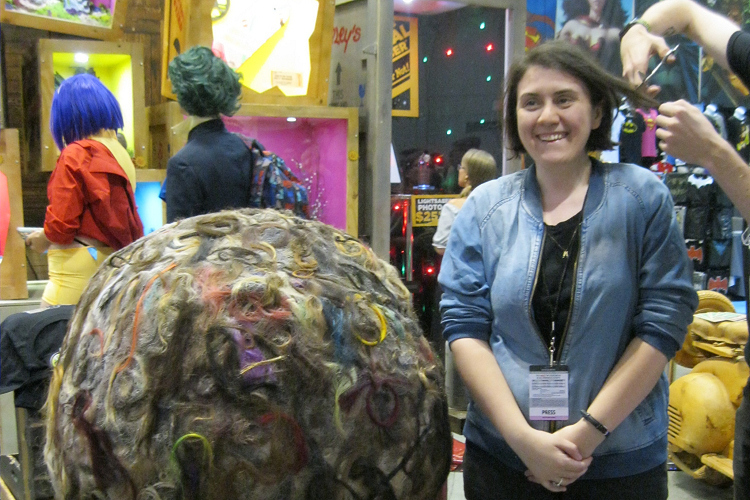 Salon owner and stylist Steve Warden was inspired by his clients to create a hairball of human hair. Sitting at four feet tall and weighing 124 pounds, "Hauss" is one of the biggest attractions during Ripley's tour of appearances. Guests of the convention are invited to step inside Ripley's barbershop to have a lock of their hair clipped and glued to the hairball. Every hair is attached with a little bit of gorilla glue and preserved with Aquanet. My photographer Amber Valois stepped in to add her name to the list of participants who are now apart of history. 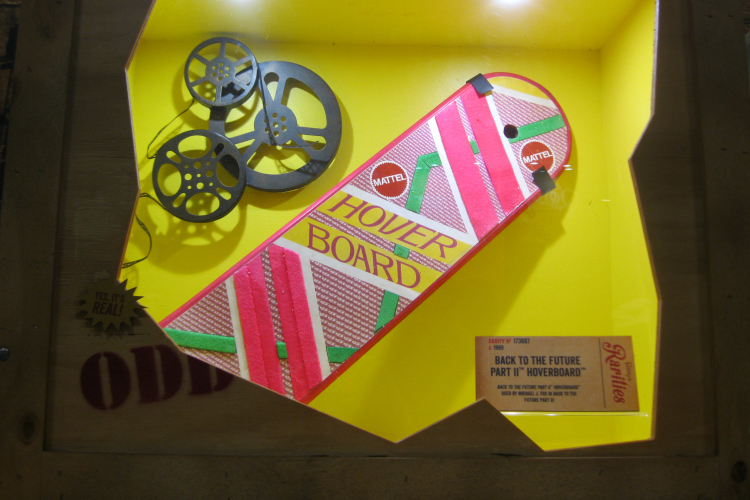 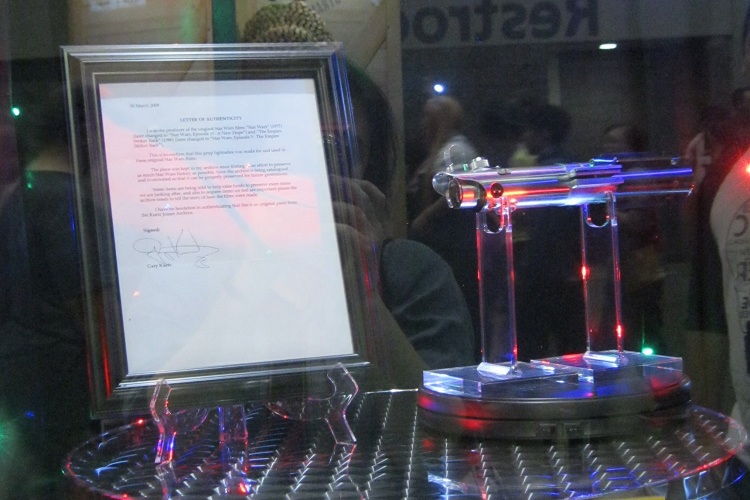 In 2017, Ripley's added an extraordinary piece of Star Wars history to their collection - Luke Skywalker's lightsaber. Actor Mark Hamill used the prop in Star Wars: A New Hope and Empire Strikes Back. The lightsaber was made a 1930s era Graflex flashgun camera. On a rotating stand, guests could see the original flash piece inside the lightsaber. Originally owned producer Gary Kurtz, it came with a letter certifying its authenticity. 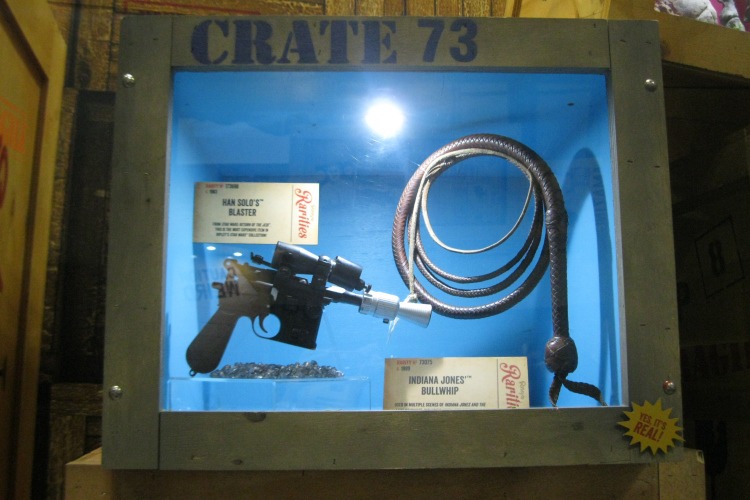 Han Solo's blaster was purchased by Ripley's Believe It Or Not for $550,000 - a hundred thousand more than Luke's iconic lightsaber. The gun, which kicked off the famous 'Who Shot First' debate started as a real pistol before being refined with its scope and iron sights on top of the frame.

Aspiring archaeologists are more than a little familiar with Indiana Jones's bullwhip. All of the bullwhips actor Harrison Ford wielded were designed by whip maker David Morgan. The one included in Ripley's collection is from the series fourth film Indiana Jones and the Crystal Skull. 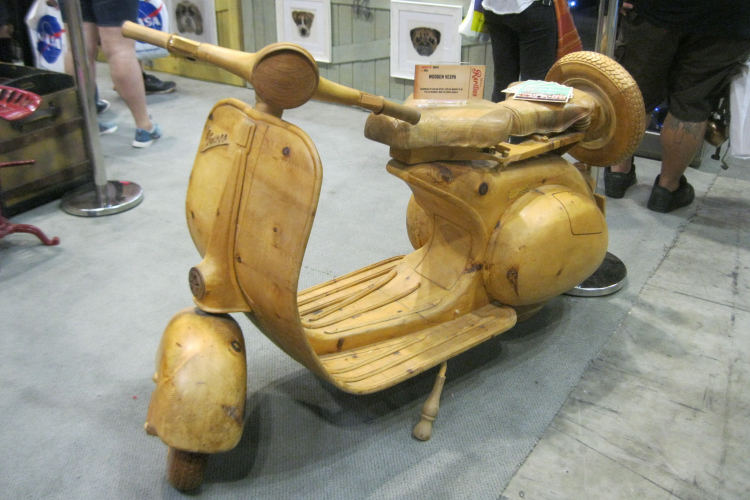 Livio Di Marchi is a hand sculpted—wood works Italian artist who designs vehicles (and almost everything you can imagine) out of wood. He's most famous for the collection of cars he has created, including boats he drives up and down the canals of Venice. 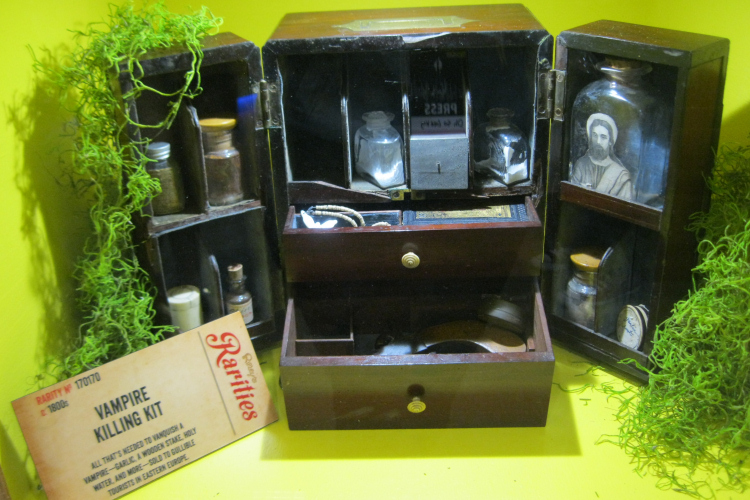 Before Twilight and True Blood made vampires cool in books and television, vampires were considered a genuine deathly threat in the 19th century. Across Eastern Europe, a majority of the populace carried vampire killing kits which included a wooden stake, cross, silver bullets, and holy water. 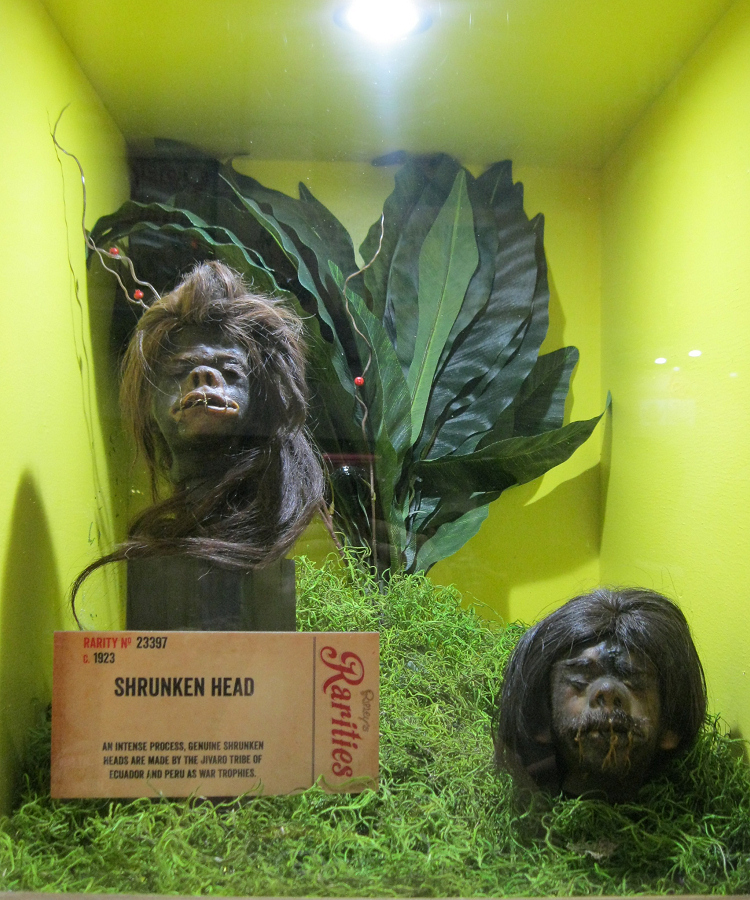 Dating all the way back to 1923 when Ripley first acquired a shrunken head from a trader in Panama, the exhibit currently now holds a record for the biggest collection of shrunken heads. 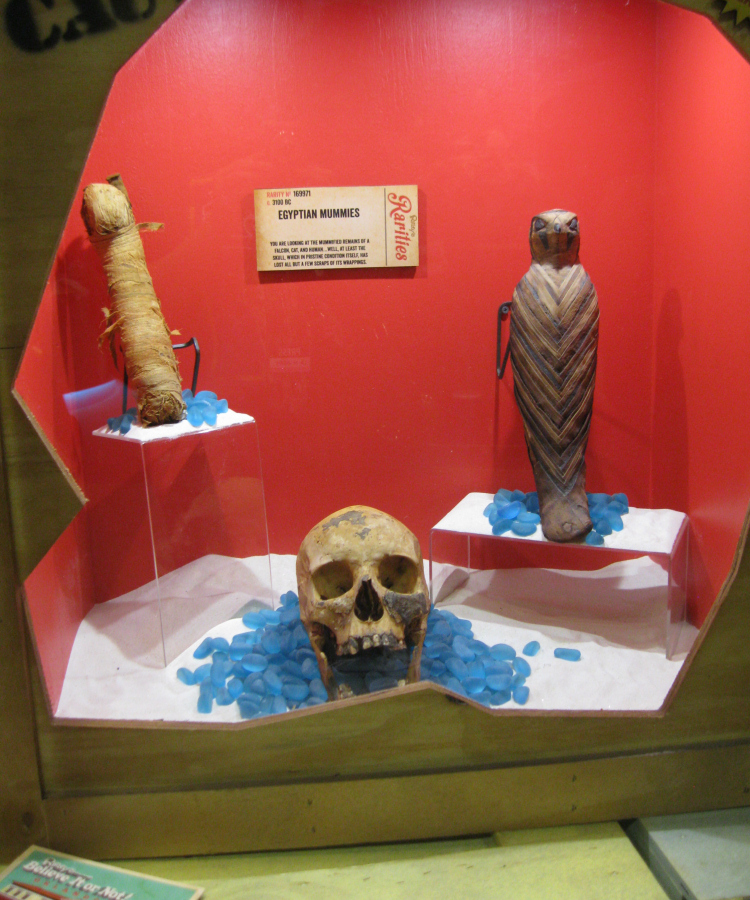 Among its eccentric variety of collections, Ripley's Believe It Or Not takes great care with everything it acquires. Seen here are a few of its staples of Egyptian mummies of a cat, human skull, and falcon - all perfectly preserved.

Ripley's Believe It Or Not currently hosts over 80 attractions around the world. Check out their official website and experience the unbelievably real oddities in person.
at May 24, 2019