10 Favorite Songs From The Walking Dead 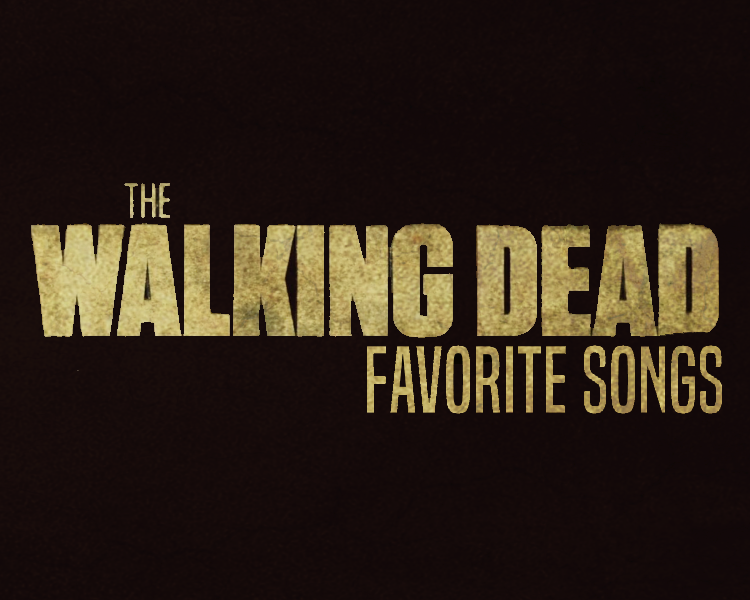 One of the things I love most about The Walking Dead is the music. Originally composed scores by Bear McCreary, and songs by musicians like Sharon Von Etten, compliment some of the most gruesome scenes.  With intensity and pure suspense, his scores let us know when dangerous enemies are ready to attack, anti-heroes are holding onto their sanity, and the group is facing adversities ahead.

Sometimes it's difficult to listen to the songs on their own and not think of some of the more painful instances we lost a beloved character or an obstacle changed the course for the group's survival. The music itself is a character of the show, and I thought it was time to highlight ten of my favorite songs from The Walking Dead. (Spoilers ahead) 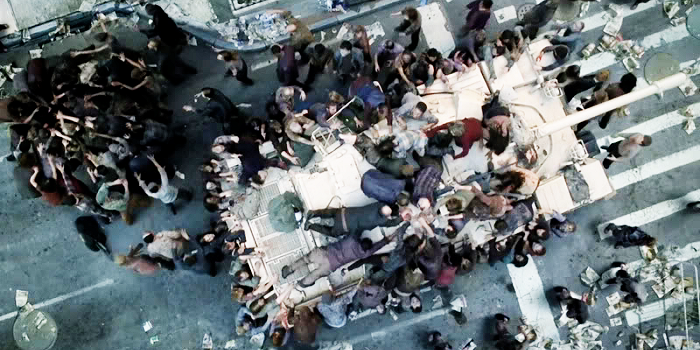 Space Junk - Days Gone By
Nothing like waking up in the zombie apocalypse. After receiving aid from 'neighbors' Morgan and his son Duane, sheriff Rick Grimes sets out for the city of Atlanta on horseback. His first face-off against the dead leaves his weapons stranded in the street and himself stuck in a military tank. Cue Glenn's voice calling him a dumb-ass. "Space Junk" by Wang Chung is the first perfect song to kick off an awesome series premiere. 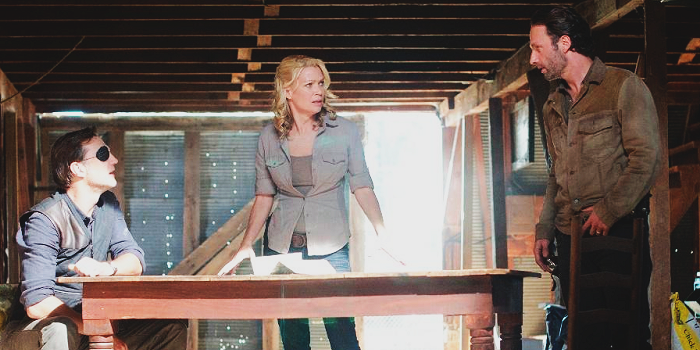 Warm Shadow - Arrow on the Doorpost
From season three, aka Everyone Has Time To Talk To and About the Governor But Not Kill Him, a decision has finally made. Rick's group decides to go to battle against Woodsbury twisted Governor but it'll take another season to see it all go down. "Warm Shadow" by Fink sets the tone for the long fight and wait ahead - not just for the group but us fans too. 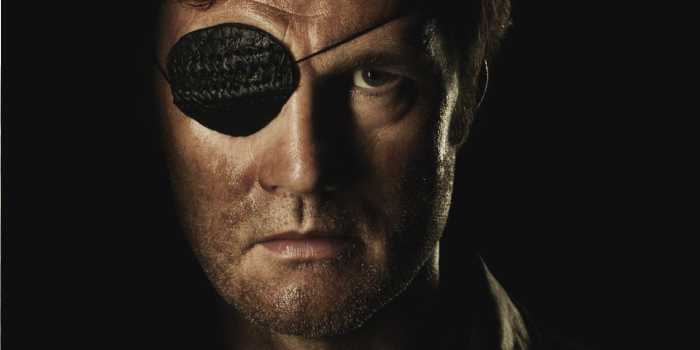 The Pulse - Season Three
Again, so much of season three was spent with the Governor almost doing something epic, and Rick's group almost stopping him. His theme song became not only really familiar but also one of my favorites. No matter how long it took for the devastating prison takedown to occur, this song leading up to his horrible presence was pretty bad-ass. 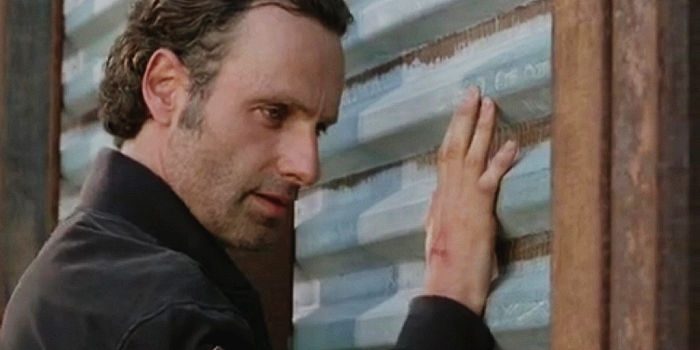 Spicks & Specks - Forget
In season five Rick and the group safely journeyed to Washington D.C. Behind the steel borders of the safe-zone Alexandria, he knows the walkers are coming despite what others may think. As he reaches for one of the barriers, a walker on the other side is waiting. Only an upbeat song by BeeGees could make a scene feel so twisted. 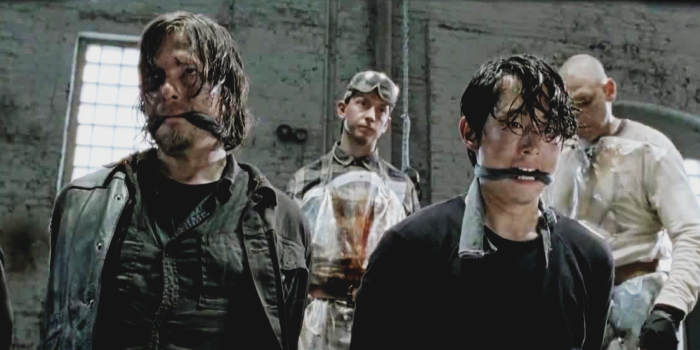 Blood Trough - No Sanctuary
Season five had such a gruesome suspenseful premiere. Held captive in a cable car, Rick's group and their new friends try to break out. Terminus' finest butchers lead the way to execution at a pig trough. For all the non-spoiler reading fans, we all thought the season would spend time with the group trying to escape. This was one of the most gruesome and shocking openings where we nearly lose some of our precious, favorite characters. 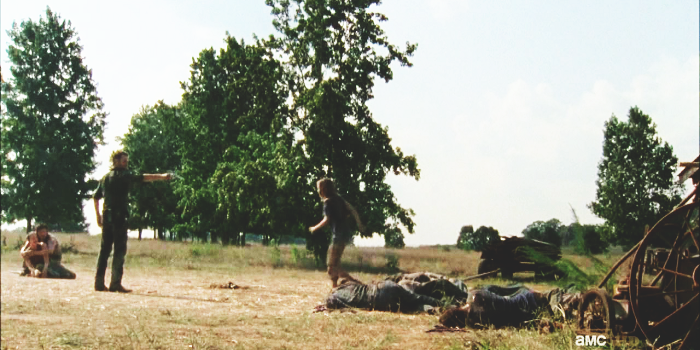 Sophia's Return - Pretty Much Dead Already
Season two is often remarked as the season where nothing happened, however as we look back - it's just the beginning for major character development for Carol, Herschel, and Rick. It's also one of the show's biggest slaughterfests for walkers. The song sounds like a warped realization of all the zombies that were just killed (who Herschel thought were sick people) and how Rick will have to handle the discovery of Carol's daughter. 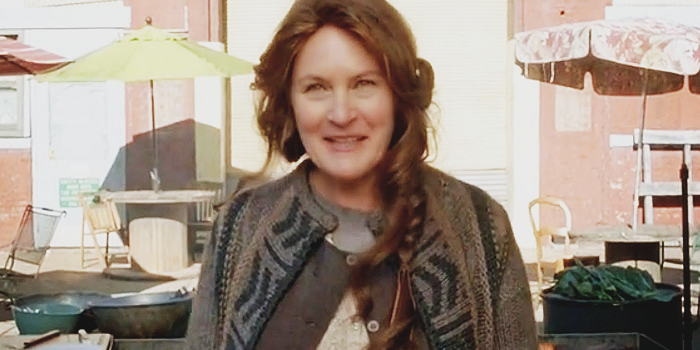 Be Not So Fearful by A.C. - Us
All signs pointed to sanctuary at Terminus. From the episode Us, Glenn, Maggie, Sasha, and Bob finally make it to the front gates alongside Abraham, Eugene and Rosita. "Be Not So Fearful" by A.C. Newman puts us a little bit on edge about what kind of community it really is. It's also the kind of hippie peaceful welcoming we'd expect from a broken-down warehouse with a barbecue pit and sunflowers in the middle of an apocalypse. Serpents - Indifference
Two members of the prison community were killed and torched after coming down with life-threatening flu. In the fourth season episode Indifference, it doesn't take long for Rick to figure out that the culprit is one of their own. Rick intentionally takes her out on a run to deduce whether she's guilty and exiling her from the group. As the lyrics by Sharon Von Etten says best: Everything changes. 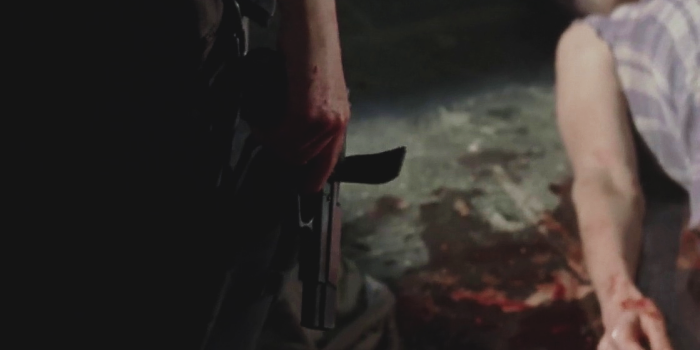 Grimes Family Theme - Killer Within
The center of the show has been the Grimes family. It'd be hard not to include the sentimental song that accompanies their losses along the series. Lori's death ballad is aptly titled C-Section. From season one, a part of Rick's Despair is included. Cue the sounds of hearts breaking.


"People are gonna die. I'm gonna die. Mom. There's no way you can ever be ready for it." Just Me - 30 Days Without an Accident
A somber mood marks the premiere episode of season four. Grimes is taking a brief retirement from his sheriff duties. He has started farming, doesn't go out on runs, and hasn't killed walkers/humans in a few months. Starting at 1:14, the song sets the tone not only for this scene but I think the series as a whole; all the trials and tribulations, loss of loved ones and managing to survive in the hot, long days and nights of Atlanta. Note: This song is also played in season five when Rick and Carl are re-united with Judith.
at August 30, 2015